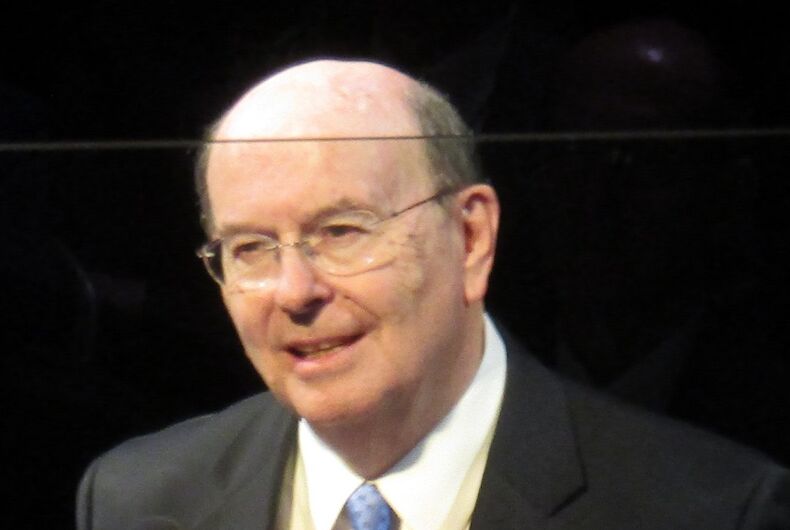 A Mormon leader’s comments have come under fire for a strange euphemism he used to describe rape.

Quentin Cook, who is a member of the Quorum of the Twelve Apostles and the eighth most senior apostle in the Church of Jesus Christ of Latter Day Saints (LDS), was speaking at the LDS General Conference this past weekend when he discussed #metoo.

Cook said that it is “commendable that nonconsensual immorality has been exposed and denounced.”

Emily Jensen of the Salt Lake City Tribune said that Cook’s language echoed something that was taught in the LDS church’s Young Women program until 2016: that women who are raped have lost their “virtue.”

“So for many of those who were victims of sexual assault, the church’s teachings seemed to suggest they were garbage and were no longer worthy,” Jensen wrote.

And in Cook’s point of view, would it be better for a man to rape his wife than to have consensual sex with another man?

If the LDS church had a better history when it came to opposing violence against women and supporting equality, then there wouldn’t be so many questions about why Cook didn’t just use the word “rape.”

These ‘Drag Race’ stars were attacked at a kabob shop. They got the last laugh.