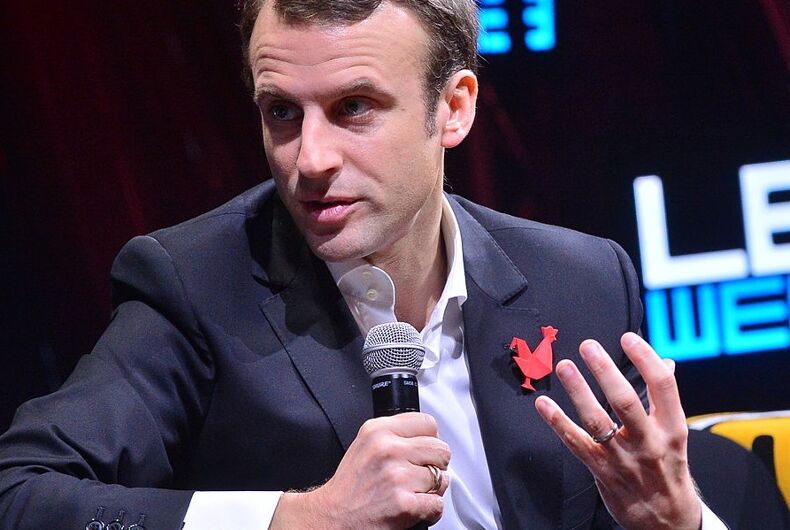 This past week French President Emmanuel Macron spoke in front of the Conference of Bishops of France, and he complimented the Catholic Church for supporting people it works against – including gay parents.

We are also confronted by a society where the family is radically evolving, where a child’s situation is sometimes confused and where our fellow citizens dream of starting traditional families that start from non-traditional relationships.

I hear recommendations formed by Catholic leaders, Catholic organizations, but even there, certain principles articulated by the Church are confronted by contradictory, complex realities that cross Catholics themselves. Every day – every day – the same Catholic organizations and priests help single-parent families, divorced families, gay families, families seeking abortion, in vitro fertilization, artificial insemination, families confronted by a relative’s vegetative state, families where one member is a believer and another is not, bringing the destruction of spiritual and moral choices into the family, and I know that that’s your everyday life as well.

The words were immediately denounced by the LGBT organization SOS Homophobie, whose president Joel Deumier tweeted, “Since when has the Church helped gay parents instead of opposing their recognition and their protection? We must be dreaming, this speech is completely unreal.”

In 2013, when France’s legislature was debating the law that legalized marriage equality, the Catholic Church organized protestors against LGBT rights.

One investigation by Le Monde found that most of the formal organizations working against marriage equality were either associated with Christianity or were “empty shell” organizations intended to mask the Catholic Church’s attempts to influence politics.

The Catholic Church in France still insists that gay people remain chaste, arguing that “Love the sinner, hate the sin” is not a homophobic stance.

This isn’t the first time Macron has made comments about how people should be more tolerant of homophobes’ intolerance. Last year, he said that the part of the country that opposed marriage equality was “humiliated” when it was legalized and that they had “good reasons to live in resentment and sadness.”

You can now buy a ‘straight pride flag’ pin on Amazon