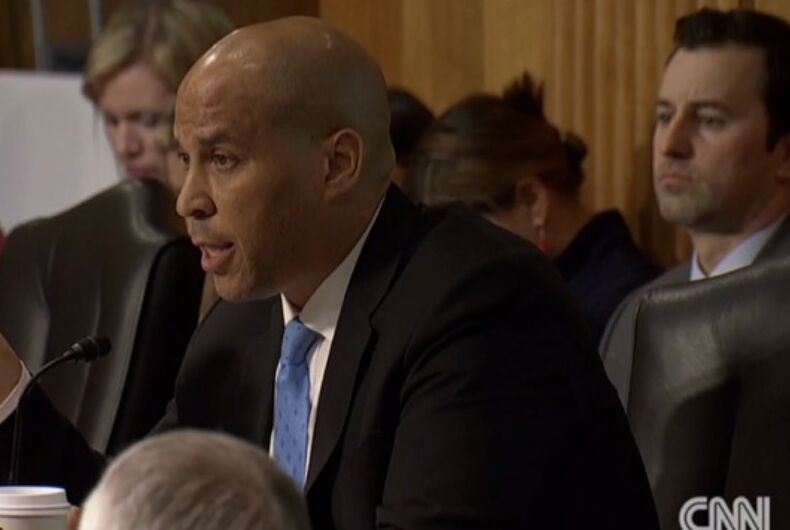 Senator Cory Booker demanded answers from Secretary of State nominee Mike Pompeo about his past views on LGBT rights during confirmation hearings today. President Trump has nominated Pompeo, currently the director of the CIA, to be the new Secretary of State.

In particular, Booker grilled Pompeo on whether Pompeo has referred to gay sex as a “perversion” in past speeches.

“Is being gay a perversion?” Booker asked.

Pompeo answered that he still believes that same-sex couples should not be allowed to marry.

Not satisfied, Booker pressed his point. “Do you believe that gay sex is a perversion? Yes or no?”

Pompeo gave the same qualified answer he’d given previously. “I’m going to give you the same answer I gave you previously. My respect for every individual…is the same.”

“Mike Pompeo’s reaffirmed opposition to marriage equality and LGBTQ rights further proves that he is dangerously wrong to serve as our Nation’s chief diplomat,” said Sarah Kate Ellis, President and CEO of GLAAD. “His personal ties to anti-LGBTQ hate groups and clear refusal to support the hard-fought equal rights of the LGBTQ community make him wholly unqualified to promote human rights abroad.”

See the video below.

You can now buy a ‘straight pride flag’ pin on Amazon