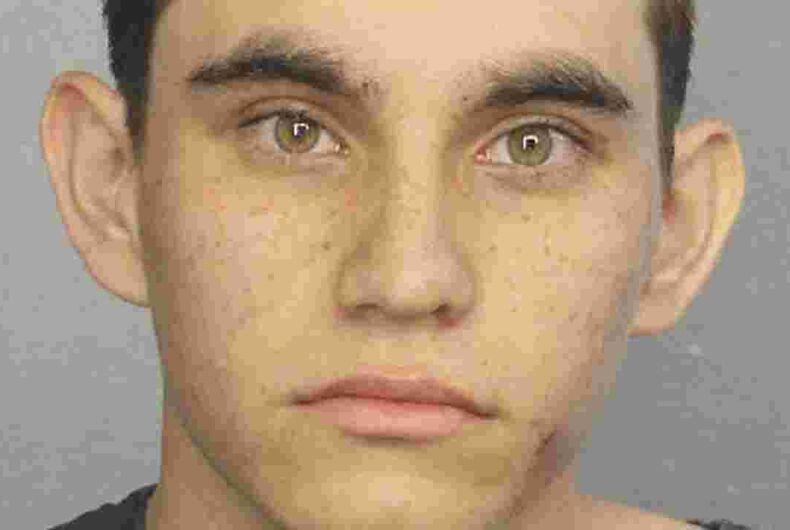 It sometimes happens after a mass murder hits the headlines, especially if the alleged perpetrator is remotely photogenic. The killer groupies show up, and the love letters start pouring in.

White supremacist Charleston killer Dylann Roof, who murdered nine parishioners at the historic had a legion of online fans, called “roofies.” Teenage girls pined after him on Tumblr.

Aurora shooter James Holmes had a multitude of admirers; mostly women, who sometimes referred to him as a “darling,” and were drawn to his “mysterious” nature.

“Night Stalker” Richard Ramirez drew admirers to him with his “rock star” image and attitude. He even married one of them while on death row. (That was back when even serial killers could marry, as long as they weren’t gay.)

Misogynistic serial murderer Ted Bundy packed courtrooms with swooning female admirers who lined up for a chance to be near a man who in different circumstances would have killed them without a second thought.

Now, Parkland school shooter Nikolas Cruz is getting stacks of love letters, as well as donations to his commissary fund, at the Broward County jail. Facebook groups dedicated to him are springing up.

But there’s a new twist to this old tale. Cruz’s admirers include some grown men. One card, featuring a cat on the front, came from a mustachioed New York man, who sent pictures of himself behind the wheel of his Nissan convertible.

“There’s piles of letters,” said Broward County Public Defender Howard Finkelstein, whose office represents Cruz. “In my 40 years as public defender, I’ve never seen this many letters to a defendant.”

Cruz, who is on suicide watch, doesn’t read the letters or see any of the photos. But he may be aware of his newfound popularity, as his brother is said to have told him he’s now “popular with the ladies” during a jailhouse visit.

Forensic psychiatrist and author of “Bad Boys: Why We Love Them, How to Live with Them and When to Leave Them,” Carol Leiberman said that women who become pen pals and groupies of imprisoned killers are often those who’ve “had a dysfunctional relationship with their dad.” They have low self-esteem, Lieberman said, “and become imbued with the killer’s power.”

The ones who have a real sense of the awful power of armed and unbalanced killers like Cruz are the families of their victims and the survivors of their violence.