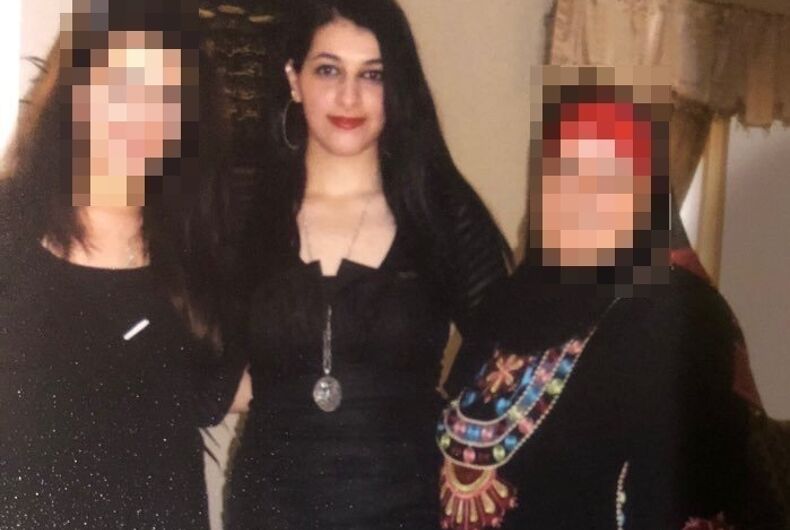 Yesterday the jury heard closing arguments in the trial of Noor Salman, the widow of Omar Mateen, the Pulse nightclub shooter who killed 49 people before being killed by police in 2016.

She is charged with obstruction of justice and aiding and abetting Mateen in providing of material support to a foreign terror organization. If convicted, she could be sentenced to life in prison.

The prosecution intended to prove that Salman helped Mateen carry out the attack. By the end of the trial, they couldn’t even explain how she helped him, much less prove it.

Just after the Pulse shooting, Salman was interrogated by the FBI for 11 hours without a lawyer present and without being read her Miranda rights (prosecutors argued that she could have left whenever she wanted to, so she didn’t need to be read her rights).

At the end of the interrogation, she signed a confession that said that she knew what Mateen was going to do because she saw him looking at the Pulse’s website and that she helped him case the Pulse a week before the attack.

Neither of those things actually happened. An FBI agent testified at the trial that cellphone tower and GPS evidence showed that Salman was never anywhere near the Pulse, and that the FBI knew that back in 2017 but never told the judge or the defense until the trial. (Salman has been in prison for 14 months without bail because the judge believed she visited the Pulse with Mateen.)

And Mateen’s computer showed that he never looked at the Pulse’s website.

In fact, security footage showed Mateen was at Disney Springs that night, before he headed to the the Pulse. His phone showed that he googled “downtown orlando nightclubs” and put the EVE Orlando – a straight nightclub – into his phone for directions. He ended up at the nearby Pulse instead.

Salman had been abused by her husband for years and feared that he would kill her. She also had a severe learning disability that made it difficult for her to retain facts and understand the connection between various pieces of information.

Bruce Frumkin, a forensic psychologist who testified at the trial, said that Salman’s low IQ, her learning disability, and the passivity she learned to cope with an abusive husband made her a “highly suggestible individual to the types of interrogation tactics law enforcement almost always use to extract confessions from those they believe are guilty.”

Those tactics included lying to her about the involvement of FBI Director James Comey in the case, threatening her by saying that her child would be taken away and raised in a “Christian home” if she didn’t confess, and interrogating her for 11 consecutive hours so that she was sleep deprived and confused.

But the prosecution hasn’t dropped the charges, even as the confession was shown to contradict the evidence. Instead, they changed their theory about what happened during closing arguments.

“The Pulse was not Mr. [Omar] Mateen’s target. He didn’t know about it,” Assistant U.S. Attorney Sara Sweeney said.

So then Salman couldn’t have known Mateen was going to attack the Pulse, since he didn’t even know.

And what actual support did she provide him? The prosecution even acknowledged that she wasn’t “radicalized” and never did anything else to support terrorist organizations.

“The defendant was not the person who pulled the trigger in the Pulse nightclub, but what she did was serve as a green light for him to commit this attack,” Sweeney said.

Mateen beat her for years. Friends have said that he kept her on a tight budget and confiscated her paychecks. One friend told the Huffington Post, “She had no rights.”

Why in the world would Mateen care about getting a “green light” from her?

Yesterday, a statement signed by over 80 civil rights and domestic violence organizations asked the prosecution to drop the charges.

“The prosecution of Ms. Salman is rooted in gendered Islamophobia and patriarchy,” the statement said. “She is being prosecuted under the guise of guilt by association as a Muslim woman married to a Muslim man who committed mass violence.”

When Salman was arrested in 2017, Orlando police chief John Mina said, “There is some relief in knowing that someone will be held accountable for that horrific crime.”

That seems to be the only motivation for trying to get Salman to spend the rest of her life behind bars.

Is Parkland survivor David Hogg about to get Laura Ingraham taken off the air?

Parkland shooter’s gay groupies are a sick twist on equality