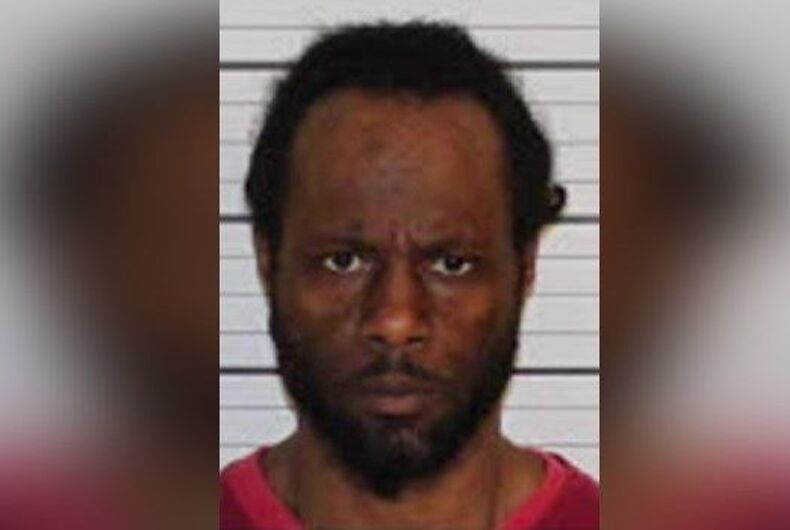 A man in Memphis, Tennessee, was arrested for stabbing a woman who he thought was a lesbian.

One day in February, the 21-year-old victim was waiting for the bus when she was approached by Gaylord McDowell, 39. She said that he was “in attack mode,” and she told him to calm down.

That’s when police say they started to argue. As their argument escalated, McDowell pulled out a knife. He stabbed the victim in the breast.

The bus driver pulled up to the stop and the victim got in to escape. The driver called the police, but by the time they showed up McDowell was gone.

Someone saw McDowell again at the bus stop this past Thursday. Police said that they found him with the same knife he used to stab the victim and that he said, “I already know what the police got me for, for that girl.”

He told officers that he did not know the victim, but he thought that she was gay and “he does not like gay people.”

The driver told police that he has had problems with McDowell in the past, and neighbor Traci Boxiley said, “He’s got some issues.”

The victim was taken to the hospital and needed ten stitches. She is not talking to the media.

McDowell is being charged with attempted second-degree murder.

Lawsuit: A drag queen’s breasts did $1.5 million of damage to a woman’s neck

This man admitted to killing a trans woman. He won’t face charges.