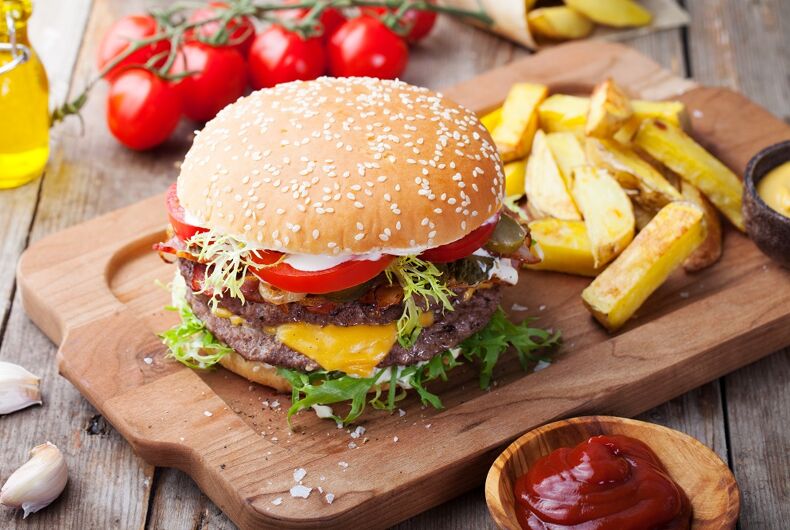 A woman in Tampa is suing a drag queen and the restaurant she performs in, alleging that the queen gave her permanent injuries with her performance.

Neldin Molina filed suit last month against Hamburger Mary’s in Tampa and Amanda D’Hod, a drag queen who performs there.

Molina says that she went to Hamburger Mary’s with friends and family in 2015 but had no idea that there would be a drag show there.

While she was at the restaurant, music started and someone told her that it was a drag show. She had her back to the performers and wasn’t really paying attention.

Molina turned around at some point and Amanda D’Hod pointed at her. She says she tried to ignore Amanda, but Amanda came up behind her and put her hands on her shoulders.

Molina left, saying that she was in “excruciating” pain. Several days later, she went to the hospital. She now says that she suffers from disc protrusions in her neck and reduced arm mobility. She alleges that she is at a higher risk of other conditions, including pain medication addiction, due to the chronic pain.

Her claim names Amanda D’Hod – since Molina doesn’t know the queen’s government name – and Hamburger Mary’s as defendants. She argues that the restaurant didn’t warn customers about “possible danger” from the show.

Molina is asking for $1.5 million in medical expenses, physical and mental pain, and punitive damages. She filed her claim herself and is not represented by a lawyer.

This man brought a gun to a gay bar & shouted slurs

Man who stabbed a woman at a bus stop: I don’t ‘like gay people’