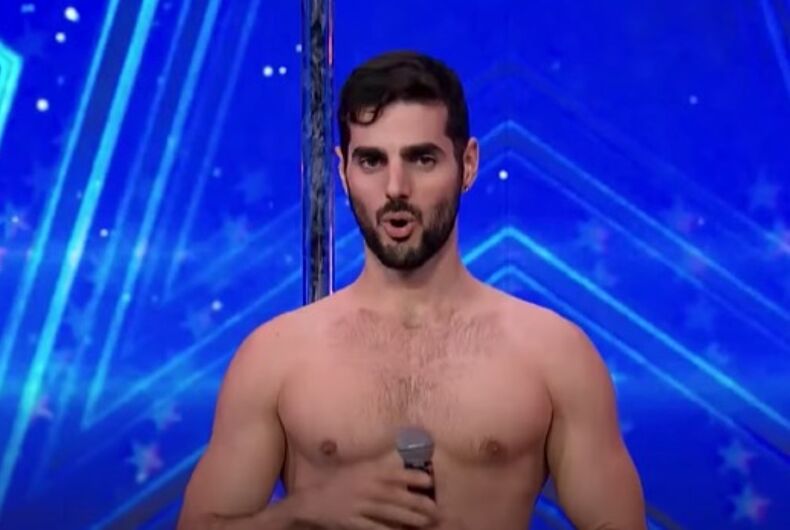 Niv Gradus is not your typical half naked pole dancer. Appearing on Israel’s Got Talent wearing only tights and pair of high heel boots, Gradus brought the judges to tears with his performance.

Set to The Goo Goo Dolls song, “Iris,” Gradus lit up the stage with his athleticism and grace, but the song’s underlying message made it all the more beautiful and mesmerizing.

“You just flew there like a bird. You’re like… I saw… a man, a child who is fulfilling his dream and doesn’t give a fuck about what other people are saying and who doesn’t care about what society thinks. And to get to that place where you’re complacent with yourself,” one of the judges told him.

“Beyond that you are an artisan. You’re like a swan. You’re so beautiful from the inside and outside and elegant that I don’t see in the most feminine woman and in the most manly man.”

Just watch and try to keep a dry eye. There’s a reason why he scored the golden buzzer.

If the translation doesn’t automatically start for you, click the closed captioning button for the English subtitles.

The GOP is gunning for the only out lesbian Senator