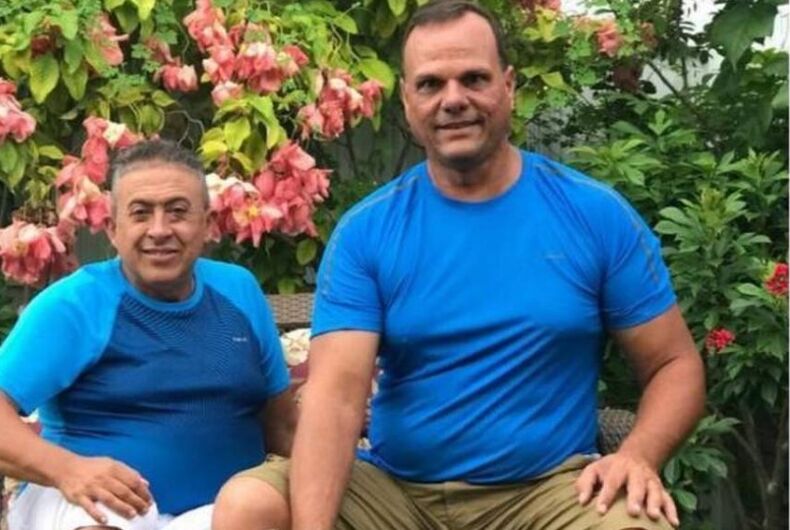 A Cuban gay couple were among the six people who died in Miami when a pedestrian bridge collapsed onto a roadway.

Osvaldo “Ozzy” González, 57, and Alberto Arias, 54, who were together for 21 years, had spent the morning of March 15 moving Arias’ mother into their home, reports the Miami Herald. They went out together to run some errands before planning on moving more of her belongs into their house, when they passed under the bridge, by Florida International University, as it came crashing down.

Arias’ mother became worried when she heard of the bridge collapsing, and tried to call her son repeatedly, to no avail.

“She said she knew when he didn’t pick up her phone call and they saw his vehicle on the news (that he was among the victims),” said the family’s attorney, Yesenia Collazo.

González arrived in the United States during the 1980 Mariel exodus, and then helped Arias out of Cuba as well, a longtime friend told the paper.

The couple ran a party rental business and were active in the community.

González’s sister, Marisol González, said he was, “The best brother, friend, very cheerful, with a desire to live life to the fullest.”

Arias’ nephew, Luis Arias, described the men as “outstanding beings, full of life, full of joy, always smiling, and always putting others before them.” He added that they were “soulmates” and said they would be buried together.

The families of both men are filing a lawsuit against the companies involved in the bridge collapse.

Now the religious right is targeting the Girl Scouts

A hate group used a store in an anti-LGBT ad. The store got them to stop.