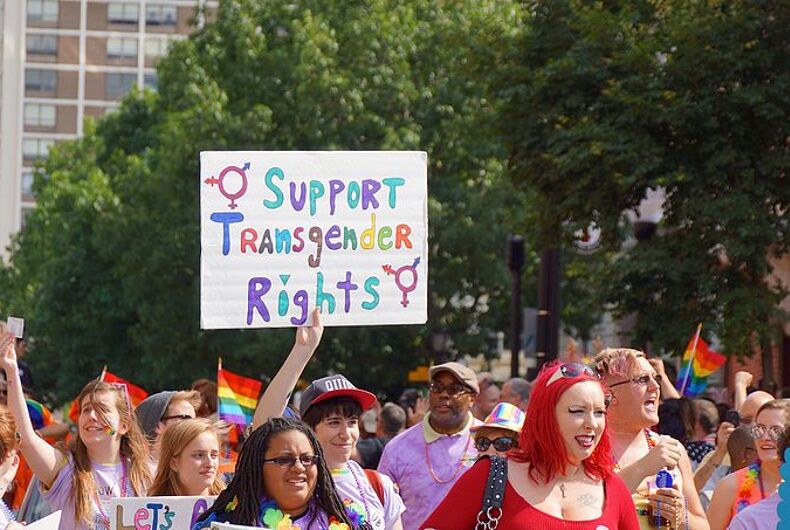 A federal court ruled today that Idaho must allow transgender people to amend their birth certificates to accurately reflect their gender identity.

As a result of the ruling, Idaho must allow trans people born in Idaho to apply to have the corrections made, starting on April 6 of this year.

“The Court understood that the state’s ban against transgender people correcting their birth certificates was archaic, unjust, and discriminatory,” Lambda Legal Senior Attorney Renn said in a statement.

“It only makes sense. Essential identity documents should accurately reflect who you are, and the court recognized that the government cannot rob transgender people of this basic tool to navigate through life. With this change, transgender Idahoans will no longer be forced to represent that they are someone they are not and jeopardize their privacy and safety.”

The defendants, identified as Dani Martin and F.V., outlined instances of harassment due to having birth certificates showing gender markers that did not match with their gender identity.

F.V. was reportedly called tranny by an employee at a social security office when she showed her birth certificate, and someone who overheard the conversation called her a faggot.

Martin recalled an incident where she had to argue with an employee at the DMV that she was a woman, and should be recognized as such, despite her birth certificate not reflecting that fact.

“I am thrilled and proud that my own state will be updating their policies, even though it required a court order to do so,” said F.V. “I’m excited to be among the first to update their birth certificates.”

“Idaho’s policy was not only archaic and out-of-step with the rest of America but also dangerous,” said Kara Ingelhart, Lambda Legal Law Fellow.  “Early in this lawsuit, state officials recognized that their current policy was indefensible. Forcing transgender Idahoans to go through life with inaccurate birth certificates, a basic form of identification, unnecessarily exposed them to discrimination, harassment, and violence.”

As Lambda Legal notes in its press release, according to the 2015 U.S. Transgender Survey, almost one-third of transgender individuals who showed an identity document with a name or gender marker that conflicted with their perceived gender were harassed, denied benefits or services, discriminated against, or assaulted.

“After careful consideration, the Court finds IDHW’s policy of categorically and automatically denying applications submitted by transgender individuals to change the sex listed on their birth certificates is unconstitutional under the Equal Protection Clause of the Fourteenth Amendment. The Court finds further that any constitutionally sound rule must not include the revision history as to sex or name to avoid impermissibly compelling speech and furthering the harms at issue,” U.S. Magistrate Judge Candy Dale wrote in her opinion.

“The Court notes also that the new rule should withstand heightened scrutiny review to fall within the contours of equal protection law,” Dale continued. “To reasonably assure the rule and remedy comply with such existing law, the Court will discuss the same after presenting the background, introducing the parties, and outlining the standard of review.”

Idaho was one of only four states that did not have a process in place allowing trans people to update their birth certificates. With this ruling, the only states left in that category are Kansas, Ohio, and Tennessee.