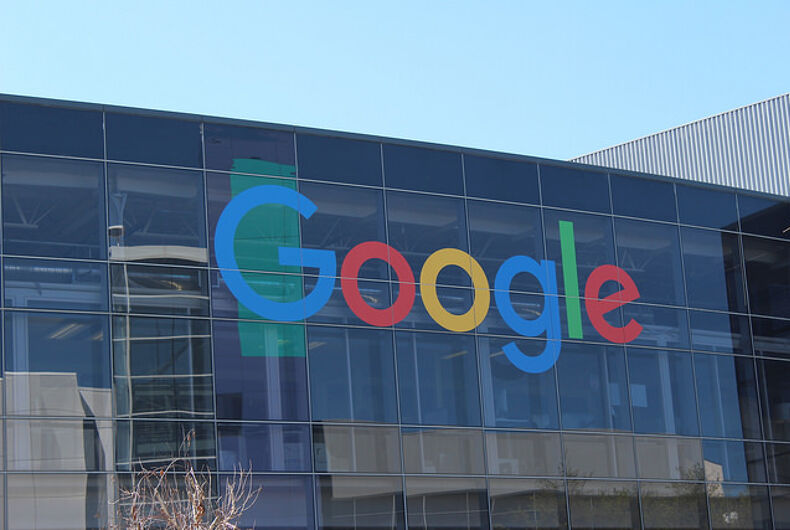 A transgender man is suing Google, claiming he was fired for standing up for the LGBTQ community and other minority groups on the company’s workplace message boards.

Tim Chevalier was fired from his job as a site reliability engineer in November of 2017. The lawsuit he filed, in San Francisco Superior Court, claims he ran afoul of the company for standing up for women, people of color, the disabled, and LGBTQ employees, according to USA Today.

“Chevalier pushed back on the online bullying he and others were experiencing, using the same internal messaging systems to try to educate his employer and coworkers on how to change Google’s working conditions to be inclusive and supportive of underrepresented minorities, such as himself,” the lawsuit states.

“Human Resources explicitly told Chevalier that Google was ending his employment because of his political statements in opposition to the discrimination, harassment, and white supremacy he saw being expressed on Google’s internal messaging systems,” it adds.

Chevalier is said to have responded to comments suggesting those groups were less talented, pointing to their under-representation within the company as proof, as well as calling LGBTQ workers “immoral” for their sexual orientation.

“In a culture where it’s common to respond to diversity initiatives with ‘we can’t lower the bar,’ implying a baseline assumption that women, non-binary people, and men of color are incompetent, it’s equally important that we don’t do the reverse: that we don’t insist on white male competence even in the face of clear evidence to the contrary,” Chevalier is said to have responded on the boards at one point.

Google stressed that it is an inclusive environment that encourages debate, but not harassment.

“An important part of our culture is lively debate. But like any workplace, that doesn’t mean anything goes,” said spokeswoman Gina Scagliano. “All employees acknowledge our code of conduct and other workplace policies.”

“The overwhelming majority of our employees communicate in a way that is consistent with our policies. But when an employee does not, it is something we must take seriously. We always make our decision without any regard to the employee’s political views,” she added.

Human resources launched an investigation into Chevalier’s posting habits, including Google-Plus posts, one of which including criticism of Republicans for “affiliating [themselves] with people carrying torches and yelling, ‘you will not replace us’” at the rally in Charlottesville.

The post was apparently not well received by HR, which also criticized an email where he linked to a blog post claiming society teaches “white boys” to expect privilege. HR stated that it could be perceived as a generalization of race and gender.

This is the second recent firing of an engineer to result in headlines and a lawsuit.

James Damore was fired from the company after objecting to diversity training, with a memo arguing that the company’s efforts in that regard were misguided, partly due to fundamental biological differences between men and women.

Damore filed his own lawsuit in January, claiming the company was discrimination against white, conservative men. Another former Google engineer has joined him in the suit.

How a bi black dancer from St. Louis helped the Resistance liberate France from Nazis