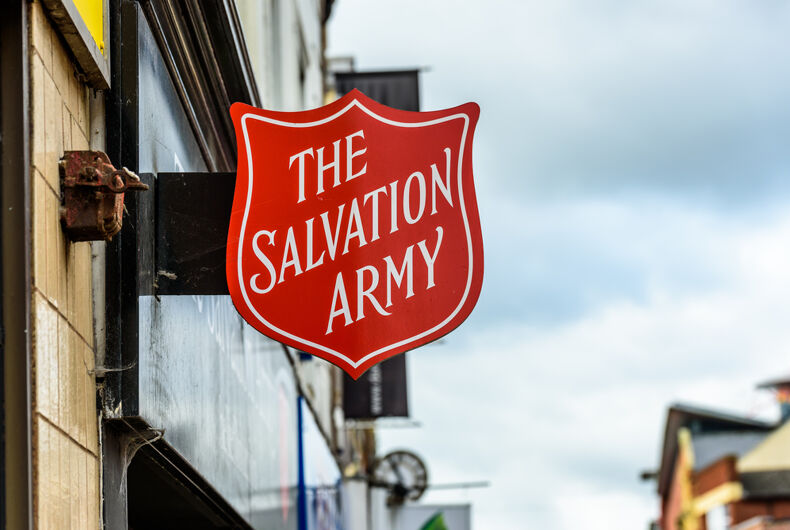 The Salvation Army has opened a homeless shelter for LGBT people in Winnipeg, Canada. The space is not a standalone building, it is a separate area of an existing shelter that was previously used to house American refugees from the Trump administration.

The one year pilot project will include 15 rooms and a common lounge area.

There have been several documented examples of the charity refusing service to LGBT people. Transgender people have been regularly targeted for discrimination under the guise that their very presence makes cisgender female clients uncomfortable.

So what does it say that the knee-jerk reaction from the religious organization is to segregate LGBT people from others?

“When an organization has had a negative history with the community, it’s the responsibility of that organization to change the perception within the community, and I’m not feeling like the Salvation Army has done that,” Mike Tutthill, Executive Director of the local Rainbow Resource Centre, told CBC News.

“Salvation Army does have a reputation of homophobia.”

Indeed they do – and a PR campaign and misguided attempts to “help” LGBT people will only fan the flames of distrust. Until the group takes responsibility for their own actions, the LGBT community will and should keep a wary eye on the religious charity.