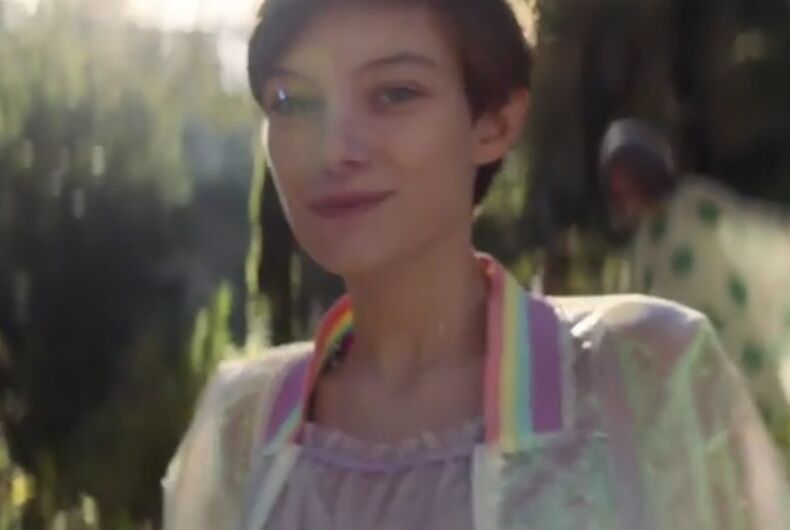 Over 100 million expected Superbowl viewers will see an ad that refers to a person as “them.”

Coca Cola posted its Superbowl ad to social in advance of the football game on Sunday to kick off its “A Coke for Everyone” campaign.

Over images of people of diverse nationalities, races, ages, and appearances, various voices talk about diversity in the 60-second commercial.

“There’s a Coke for he,” the voice over begins. “And she. And her. And me. And them.” When “And them” is said, the ad shows an image of a smiling person with short hair and a rainbow collar.

And are those two young ladies on the swing supposed to be a couple?

Cheers to the billions of unique yous in the world! While we’re all different, there’s a Coke for every single one of us. #EnjoyYours

In 2014, Coca Cola ran the first Superbowl ad that showed same-sex parents, in a commercial that played “America the Beautiful” in different languages.

This year’s Coca Cola ad will air during the fourth quarter of the football game. Executives told Variety that they’re hoping for a tight match. That’s understandable, considering that the average price for a 30-second spot is reportedly over $5 million.

Why is Poland on the verge of giving state approval to Holocaust denial?

Salvation Army opens LGBT specific homeless shelter, but you should be dubious