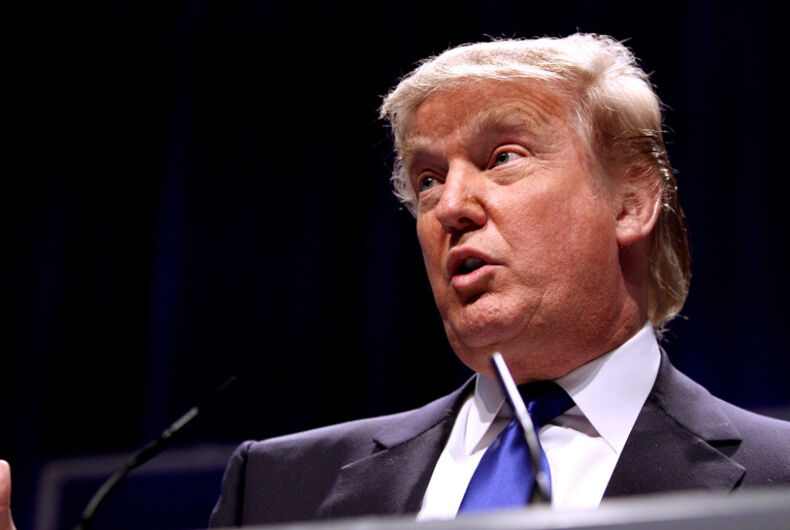 It began like any typical day for the community in and around Marjory Stoneman Douglas High School in Parkland, Florida. Parents said goodbye as students left for school, teachers and students met for classes, administrators and staff were on hand to maintain operations working to meet the diverse needs of all involved.

But soon before the end of the school day, a disgruntled and apparently deranged former student entered the high school with an AR-15 military-style weapon, which he legally purchased, and randomly fired at anyone in his field of vision. When he had completed his evil task, 17 innocent precious lives had been extinguished with another 15 injured, some critically.

Though the duty of Consoler-In-Chief is not inscribed into the job description of the President of the United States, in times of national and local tragedies, our past Presidents have been thrust into the role with differing degrees of effectiveness.

Following the dastardly attack by the Japanese on Pearl Harbor on December 7, 1941, President Franklin D. Roosevelt spoke to the nation with a firm and confident resolve promising the country that his administration would take appropriate steps to right the wrongs perpetrated upon us, and by so doing, assured a frightened and enraged nation that the government was working in the people’s best interests.

President George W. Bush brought a devastated nation together as he stood with first responders on heaps of rubble that only several hours earlier had been the mighty World Trade Center Towers after numerous vicious strikes along the east coast on September 11, 2001.

The ordinarily cool “no drama Obama” wiped away a tear and exposed his frustration over the easy accessibility of high-powered rifles following the devastating murder of 20 precious babies and their teachers at Sandy Hook Elementary School on December 14, 2012. And he led all assembled in singing “Amazing Grace” in memory of the nine lives snuffed out by an avowed white supremacist at the historic Emanuel African Methodist Episcopal Church in Charleston, South Carolina on June 17, 2015.

The best one can say about Donald Trump in stepping into this role, however, is that he seems completely incapable of getting out of his own way, and he lacks the compassion, empathy, and sense of proper decorum to offer aid and comfort in times of tragedy and grief.

For one who has demonstrated no faith in any power outside himself, he talked about “praying for the victims and their families.” As the most divisive president in modern history, it was almost laughable when he uttered: “We are all joined together as one American family, and your suffering is our burden also.”

He continued that there are people “who will do anything at all” to keep young people safe, but he, apparently, did not position himself among those willing to “do anything at all” since he advised young people to rely on teachers, family, police and faith leaders. And as someone who possesses the authority to help resolve the scourge of gun violence in the U.S., he never once mentioned the root of the problem: guns, since he and his Republican co-conspirators are beholden to the National Rifle Association and its blood money.

Trump then made a brief excursion from his luxury resort at Mar-a-Lago to the Florida hospital serving the needs of remaining injured survivors of the tragic shooting. He stayed long enough for a few photo ops, and departed for his resort, where he engaged in a joyous disco party. While at the hospital, I half-expected him to toss wrappers of tissues to the injured, so they could wipe away tears for themselves and their lost companions, as he had insensitively thrown rolls of paper towels to the victims of the Puerto Rican devastation after last fall’s hurricane.

That night, however, in an apparent cheese-burger-intoxicated stupor, this Sociopath-in-Chief once again made other people’s pain and tragedy about himself. He posted in a Tweet:

Very sad that the FBI missed all of the many signals sent out by the Florida school shooter. This is not acceptable. They are spending too much time trying to prove Russian collusion with the Trump campaign – there is no collusion. Get back to the basics and make us all proud!

If that were not base (in all senses of the word) enough, he followed with a Tweet connecting violence in Florida with the contentious issue of immigration reform:

Just like they don’t want to solve the DACA problem, why didn’t the Democrats pass gun control legislation when they had both the House & Senate during the Obama Administration. Because they didn’t want to, and now they just talk!

These utterances fall lower than Trump’s typical narcissistic egotistic insensitivity all the way to the lowest depths of unfitness to serve in the most powerful position in the world. Along with so many other instances, this again proves that Donald Trump has little to no ability to care about or for others, and even less about the overarching interests of this country. He does not care whether foreign nations commit cyberwar upon our democratic institutions. He does not care about the work and commitment of members of his own justice department.

Trump seems to forget that he reignited the issue of DACA by decertifying the program. And while Donald seemingly cannot chew gum and walk at the same time, he does not understand that literally tens-of-thousands of people work at the FBI, and that they are capable of investigating the misdeeds of the Russian government while looking into domestic terrorism.

Did the FBI fail in its examination of the shooter in Parkland, Florida, before his deadly rampage? Most certainly! Could it have done better? Most certainly! Must they be held accountable? Yes!

Is the FBI to blame for the epidemic of gun-related violence in schools and in the larger society? Absolutely not! That charged lays on the steps of our legislative houses, firearms manufacturers, sellers, and political lobbyists such as the National Rifle Association.

Throughout the day following Trump visit at the hospital, he Tweeted numerous times about the Justice Department’s investigation of Russian hacking, and on each occasion he either again declared his total innocence, or proclaimed his exhortation, even before final conclusions have been reached by prosecutors.

Virtually the only message of hope and healing to come from the Trump family was a Tweet by the First Lady, Melania on her official FLOTUS account:

I encourage everyone to test the power of kindness on #RandomActsofKindnessDay. It’s an opportunity to teach our children the importance of taking care of one another.