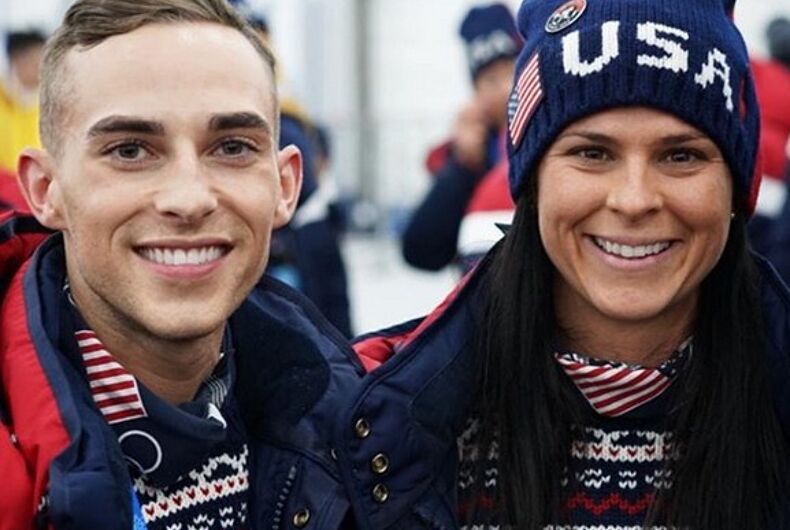 Today out speed skater Brittany Bowe finished fifth in the women’s 500-meter with a time of 37.53 seconds.

“Other than being two-tenths off the podium, I’m really, really happy with that race,” Bowe told NBC, referring to Vanessa Herzog of Austria’s third-place finish in 37.51 seconds. “I can’t think of anything I could have executed better, to be honest with you.”

She still has the team event to compete in.

“Obviously, I’m disappointed coming out medal-less so far,” she said. “We still have the team pursuit. I really want a medal for everybody that’s helped me along the way, my whole life and especially this past year and a half getting me back to that start line. It would mean the world to me.”

Bowe will be turning 30 at the Winter Olympics, and she said she plans on turning 34 at the 2022 games.

“I definitely plan on going another four years,” she said. “I can’t be done here, that’s for sure.”

SC Republicans want to call your relationship a ‘parody marriage’