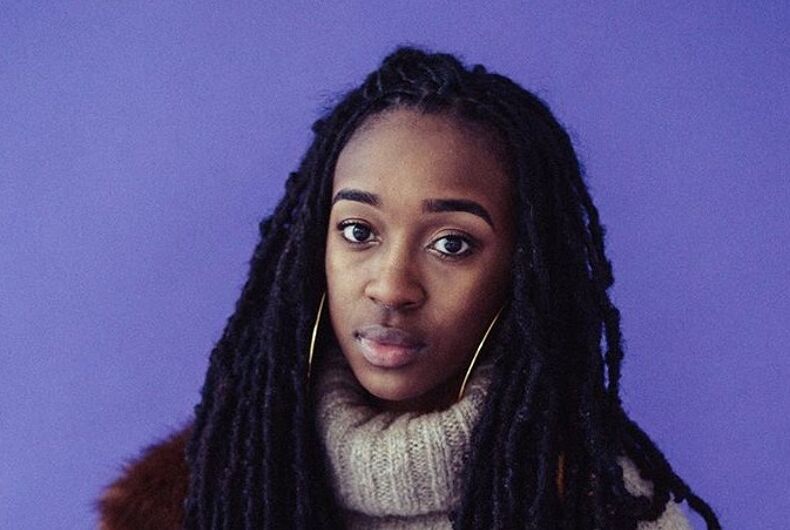 On her website, Hill Perry says that she was “saved from a lifestyle of homosexual sin” and is now “compelled to share the light of the gospel truth through poems.”

In a 2013 blog post, she said that she has felt attracted to girls since she was around five-years-old. She grew up and “decided to pursue these desires,” but two years later she prayed and now suppresses her feelings for women.

“Homosexuality is everywhere — from music, to TV, even sports,” she wrote. “If you’d believe all that society had to say about homosexuality, you’d come to the conclusion that it is completely normal, even somewhat admirable. But that is far from the truth. God tells us that homosexuality is sinful, abominable, and unnatural (Leviticus 18:22; 20:13; Romans 1:18–32; 1 Corinthians 6:9–11; 1 Timothy 1:8–10). But if I were to be honest, sometimes homosexual attractions can seem natural to me.”

The student group Harvard College Faith and Action (HCFA) invited her to speak on campus, which led to some criticism since she has made a career out of telling a portion of the population that they’re bad for being who they are.

HCFA responded in a statement on Facebook: “We most certainly want to emphasize that this event is not intended in any way to promote homophobia, conversion therapy, or hatefulness in any form.”

But it turns out that Hill Perry delivered the exact message that made her famous in the first place.

About two dozen students showed up to silently protest Hill-Perry, the school newspaper reports. They stood in the back of the room with signs that said “One Queer Harvard” and “Gay — It’s in My DNA.” Some held rainbow flags.

“The history of this speaker and the things that she keeps promoting are things that basically alienate and threaten the existence of queer students on campus,” said professor Ahmed Ragab. “I think it is a problem to have a speaker that promotes this kind of discourse.”

After the event, Hill Perry said that she isn’t promoting conversion therapy. Instead, she says that she believes that gay people should be celibate, not that they should try to change their sexual orientations. “There are some Christians who will always be same-sex attracted but they are also empowered by the spirit of God to live holy lives in light of their same-sex attraction.”

Whether she is technically promoting conversion therapy or not is besides the point. Her message is definitely homophobic.

The rules for student groups at Harvard apparently allow them to invite hate speakers to come to campus. Perhaps the university should look at that policy again – it’s hard to see what students are supposed to get out of the message that gay people are “broken.”