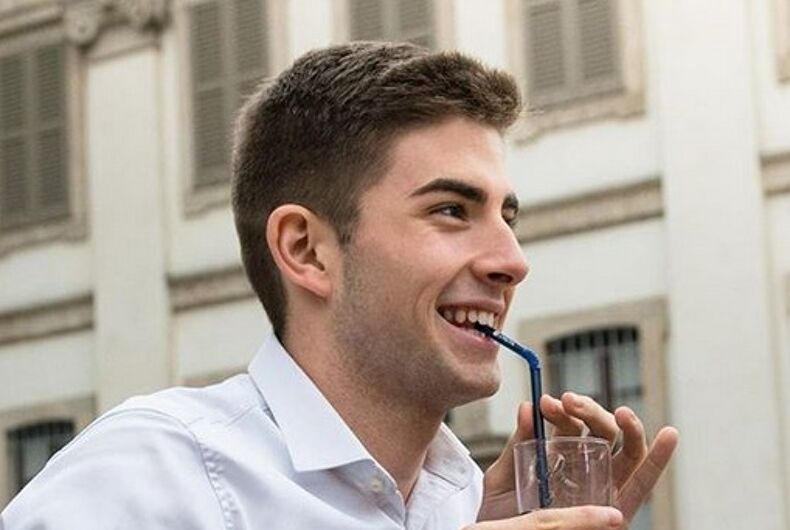 On Friday night, the 2017 winner of the Mr. Gay Belgium title was attacked in the street.

Jaimie Deblieck was attacked in the street of his hometown of Roeselare by an unknown assailant. He was pushed to the ground, stomped and kicked while the aggressor shouted “fucking homo.”

Deblieck ran and was taken to the hospital. He later reported the attack to police, who are investigating.

“Jaimie is disappointed and angry,” Mr. Gay Belgium organizer Bram Bierkens said. “But he is a strong personality, and he has also survived threats and other negative comments after his election.”

Deblieck posted about the attack on social media. “Attacking me from behind and stamping me is one thing,” he wrote on Facebook. “Calling me “fucking homo,” you’re gonna regret it. I’m not going to drop it, you coward.”

He also said that he did not suffer any permanent injuries and stressed the importance of reporting hate crimes.

“A lot of people like me in our country have had to deal with physical violence because of their sexual orientation and they do not yet dare to express themselves,” he wrote. “That’s why I decided to tell my story to the media. These incidents have to be reported.”