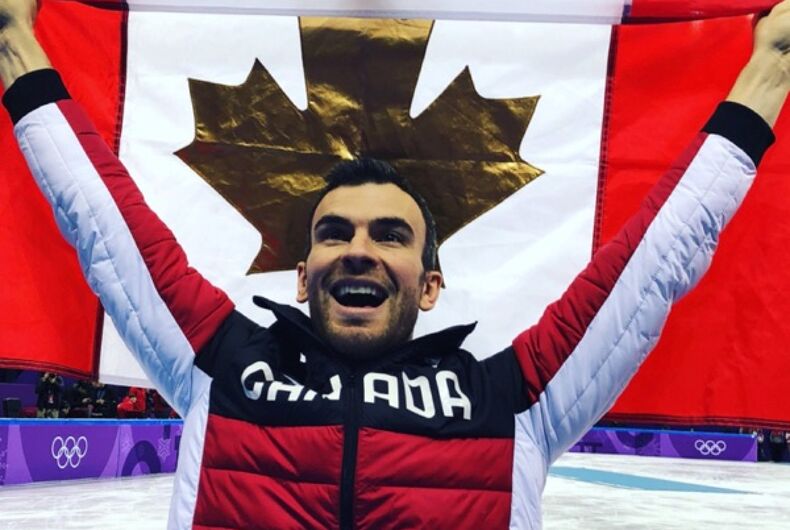 Congratulations to Canadian Eric Radford for becoming the first out gay athlete to win a gold medal at the Winter Olympics. Radford and his partner, Meagan Duhamel, picked up the gold in the team figure skating event as they performed to Adele’s “Hometown Glory.”

American out figure skater Adam Rippon scored in third place in the men’s freestyle part of the team figure skating event this weekend, and the U.S. team took home the bronze medal overall.

Radford and Rippon celebrated together after their Olympic wins in a photo Radford posted to social media.

Both Radford and Rippon will compete again this year and have the chance to bring home another medal.