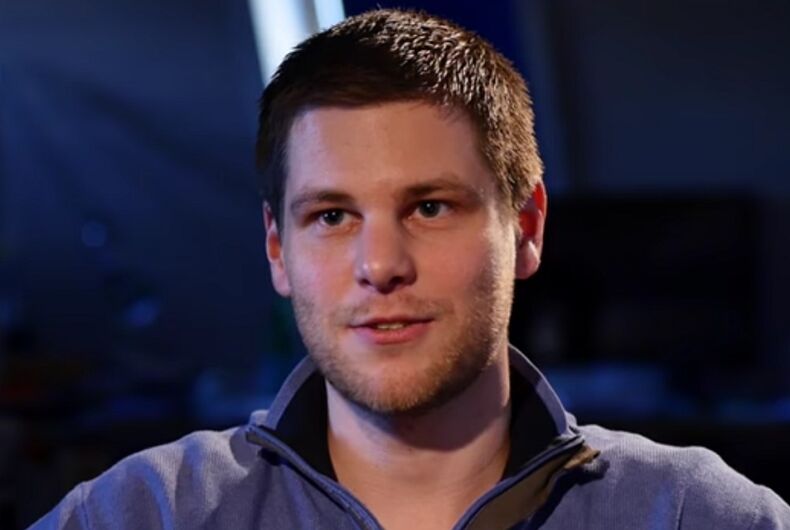 Earlier this week, a movie theater in London canceled a screening of an ex-gay film.

The conservative Christian group Core Issues Trust rented the theater to show their movie Voices of the Silenced, which compares ex-gays to Jewish slaves in Ancient Rome.

‘Voices of the Silenced’ remembers the Jews ripped from Jerusalem in AD 70 and brought to Rome to quarry stone and build the Colosseum. They were now the property of their masters. Filmed in seven countries and over 50 locations, our exploration compares the cultural captivity of the Jewish slaves in towns destroyed by the Vesuvius eruption in AD 79 with that faced by those silenced in the 21st century, people under an imposed state orthodoxy which reaffirms the ancient idea of pansexuality.

The trailer shows that the movie is about as asinine as it sounds. Nowhere do they show that ex-gays are owned by other people and forced to work, which is, you know, what slavery is.

The filmmakers can’t really show that ex-gays and slaves have all that much in common, so they just say “People disagreed with Jewish slaves’ beliefs, and some people also disagree with us” repeatedly.

They’re not even consistent in what the disagreement is about. While they say that they, like the Jews, are being punished for being sexually conservative, their website then links fundamentalist Islam to “homosexual radicalism.”

Our journey will remind us of some of the key memories in both ancient and modern history to help us discern the destructive drivers of sexual politics that underscore both homosexual and Islamic radicalism.

If anything, the film is part of a long tradition of European Christians having no clue how harmful anti-Semitism is.

The Christian group that wanted to show the film is saying it’s “a freedom issue,” without explaining why the movie theater doesn’t have the freedom to say no to garbage.

This teacher was fired for being lesbian. Now parents are rallying behind her.