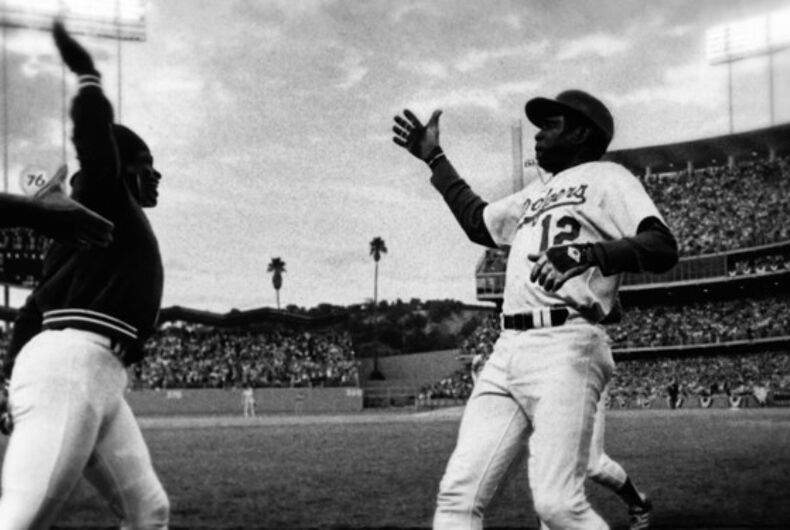 Glenn Burke (1952-95) was the first and only major league baseball player to come out as gay.

Burke played for the Los Angeles Dodgers and Oakland Athletics from 1976-1979. He batted right, at a .237 average, with 38 RBIs in 225 games over portions of four seasons.

(Burke was one of two Dodgers who were gay. Billy Bean, who was closeted as a player, came out four years after retiring from baseball. He is now the ambassador of inclusion for Major League Baseball.)

Burke was eventually traded from LA to Oakland. His career ended with a knee injury before the 1980 season. He had a difficult life post-baseball, and he died from AIDS-related causes in 1995. The A’s helped support him financially after his diagnosis.

Despite the challenges he faced as a gay man, Burke left another legacy — the high five. As a rookie in 1977, Burke lifted his arms to congratulate teammate Dusty Baker to make the now-iconic gesture.

“They can’t ever say now that a gay man can’t play in the majors,” Burke said, “because I’m a gay man, and I made it.”

A previous version of this story identified Billy Beane as the other Dodger player. We regret the error.