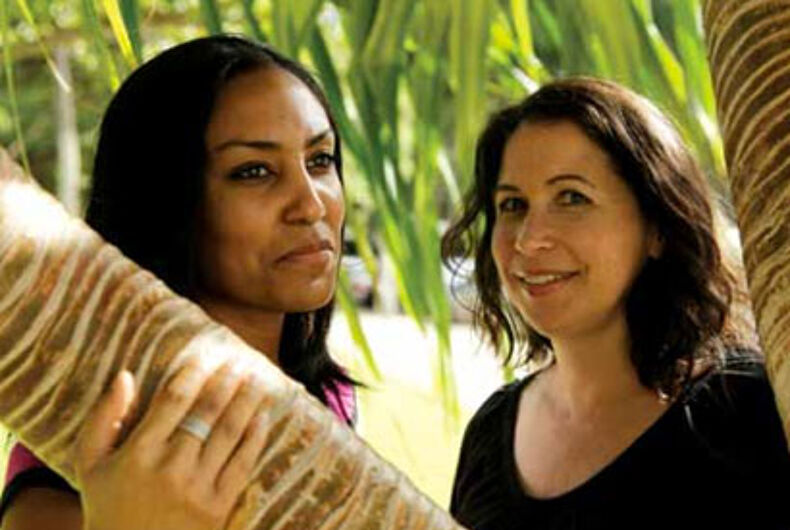 A Hawaii appeals court has upheld a ruling that a hotel discriminated against a lesbian couple when the owner refused to let them stay there.

Diane Cervelli and Taeko Bufford tried to stay at the Aloha Bed & Breakfast in Hawaii Kai, a residential neighborhood in Honolulu. The owner of the B&B, Phyllis Young, asked if the two women were lesbians and then refused them service.

Like other business owners who discriminate against LGBTQ people, Young argued that her religious views made her uncomfortable having a lesbian couple in her home. During an investigation by the Hawaii Civil Rights Commission (HCRC), she said that homosexuality is “detestable” and that the couple would have “defiled the land.”

“Religious freedom is a very important American value, but it doesn’t mean a right to violate the law,” Jennifer Pizer of Lambda Legal, which represented Diane and Taeko, said.

In 2007, the Los Angeles couple planned a trip to Hawaii to visit a friend and her newborn baby. When the baby started having health problems, they offered to stay at a hotel. But they couldn’t afford to get a hotel and rent a car, so their friend recommended the nearby Aloha B&B.

Diane called Young to request a room with one bed. Young asked if the two women were lesbians. Diane said yes, and Young said that gay people made her “very uncomfortable.”

With Diane upset, Taeko called Young back and asked her if she doesn’t rent to lesbians. Young said yes and cited her religious beliefs.

Diane and Taeko ended up staying at a condo that was farther away. Since their friend with the sick baby had to pick them up in her car, they didn’t see her that much.

They filed complaints with the HCRC, which investigated and found that Young freely admitted to discriminating. She seemed to believe that she could refuse entry into her home to anyone, despite the fact that she was running a commercial business in her home that was subject to a number of state and local regulations.

“When you run a business in your house, it’s a business and you can’t discriminate,” Robin Wurtzel of the HCRC said.

In 2011, the HCRC said that Young probably discriminated. The couple sued, and the HCRC joined their lawsuit to make it clear that anti-discrimination laws apply to all businesses. They won in 2013, and Young appealed the decision.

Another judge will determine monetary damages.

“This has never been a case about the money,” said Pizer. “It’s really been about a civil rights law that needs to protect everyone, it needs to be real and it needs to be followed. When people come for a vacation or other reasons to visit in Hawaii, everyone should be treated equally.”

Young has not commented on the case. According to one of the sites she advertises on, the “Christian b&b” is still open for business.