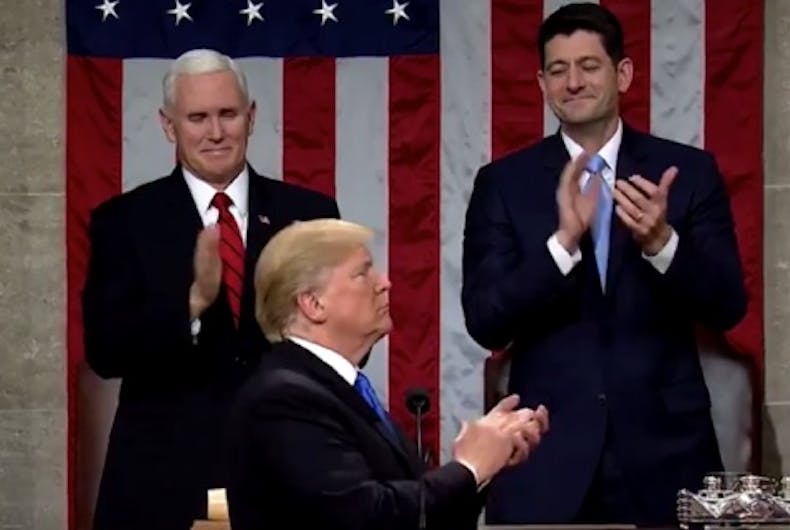 The White House is pushing yet another exaggerated claim about President Donald Trump’s popularity. An “ICYMI” (In case you missed it) mass email sent by the White House contained a link to a Daily Caller article entitled, “Trump Breaks Nearly All Applause Records on State of the Union Addresses.”

“President Donald Trump broke nearly all records for a modern State of the Union address, generating 115 rounds of applause as he addressed the nation for his first official review of his presidency, according to a Daily Caller News Foundation review,” the conservative website boasts.

Mediate, however, was quick to point out that “nearly” breaking a record isn’t the same thing as actually doing it.

“While the Tucker Carlson-founded tabloid doesn’t note how many times Trump obnoxiously cheered for himself by clapping directly into the mic, the article does compare the president’s supposed 115 rounds of applause to Barack Obama’s record of 90 and George W. Bush’s record of 80 (Bush’s actual record is 70, per CNN, but the Daily Caller apparently can’t afford a fact checker),” the site snarked.

“However, Bill Clinton is still the undisputed champ of State of the Union applause, setting the record at a reported 128 interruptions.”

The article also includes a 5 minute supercut of Republicans applauding Trump. Splinter counters with a video of Trump applauding for himself.