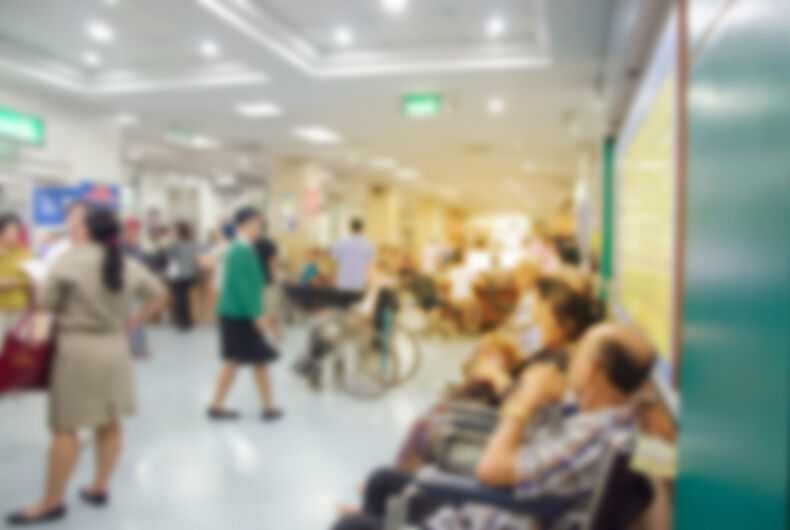 The infectious-disease crisis that hit an Indiana county under then-governor Mike Pence has begun to play out across the country in the Trump administration.

LGBTQ communities are at risk as opioid injections are prompting outbreaks of hepatitis B, hepatitis C and HIV in 30 states, the Centers for Disease Control reports. Health groups are calling on Congress to invest $100 million in the community-health programs on the front lines.

One of the sharpest increases in new Hep C cases is among 18- to 29-year-olds — up a staggering 400 percent over 10 years — according to a new CDC study.

Three national groups — the National Alliance of State and Territorial AIDS Directors, the Harm Reduction Coalition, and the AIDS Institute — are calling on Congress to fund local programs through the Centers for Disease Control.

“Resource-strapped health departments are struggling to get ahead of a new wave of infections,” said Ann Lefert, NASTAD’s senior director of policy and legislative affairs.

The funding could improve testing, prevention services, education and training, as well as access to sterile injection equipment.

Some states have responded with legislation and programs, but federal resources have lagged behind, according to NASTAD.

Now health departments in northern Kentucky and Massachusetts are among those sounding alarms on increased HIV transmissions.

The AIDS Institute reports that the explosion of opioid use has increased infections of Hep C, Hep B and HIV among new groups. The epidemic is undoing progress in curbing transmissions.

“The nation’s infectious disease public-health infrastructure is an underutilized resource in our collective response to the opioid epidemic,” the institute said.

President Trump declared a public emergency in October, but USA Today criticizes the administration’s lack of progress. Huge chunks of current funding were passed before Trump took office, and new funding and initiatives have not materialized.

The Office of National Drug Control Policy has no director. Trump appointed pollster Kellyanne Conway as opioids czar in November before firing the entire Presidential Advisory Council on HIV/AIDS in December.