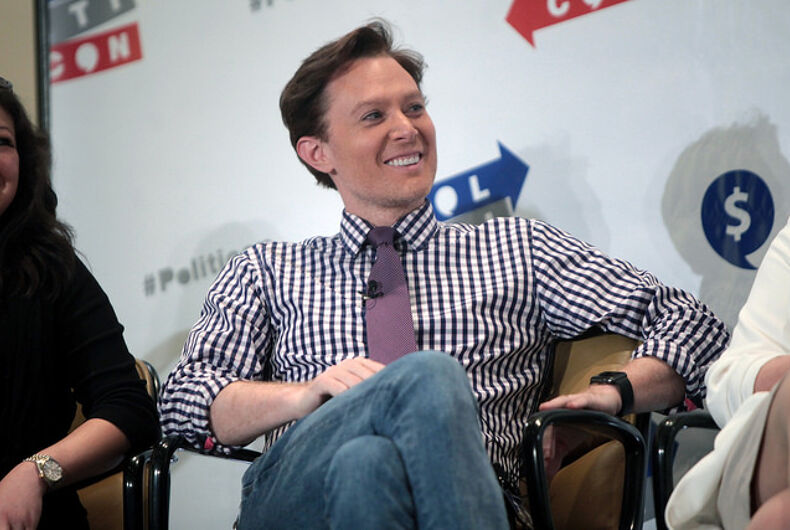 Clay Aiken speaking at the 2016 Politicon at the Pasadena Convention Center in Pasadena, California.Photo: Gage Skidmore via Flickr (CC license 2.0)

Clay Aiken is one of dozens of celebrities who have bought Twitter followers, and they were then leveraged into amplifying his complaint against Volvo.

The singer and failed politician is one of dozens of celebrities who tried to make themselves seem more popular and influential than they really are by using the obscure American company Devumi.

The New York Times published an expose revealing the names of celebrities who have turned to the services of the company, which the publication describes as having “collected millions of dollars in a shadowy global marketplace for social media fraud.”

“Drawing on an estimated stock of at least 3.5 million automated accounts, each sold many times over, the company has provided customers with more than 200 million Twitter followers, a New York Times investigation found,” the paper reports.

Bought a car & paid for it. It's sitting on lot and I'm not allowed to take it b/c @volvocarsus can't get its shit together. #dobettervolvo

Of course, it is possible someone helping to run his social media bought the followers for him, without his knowledge. We’ll never know, because Aiken declined comment.