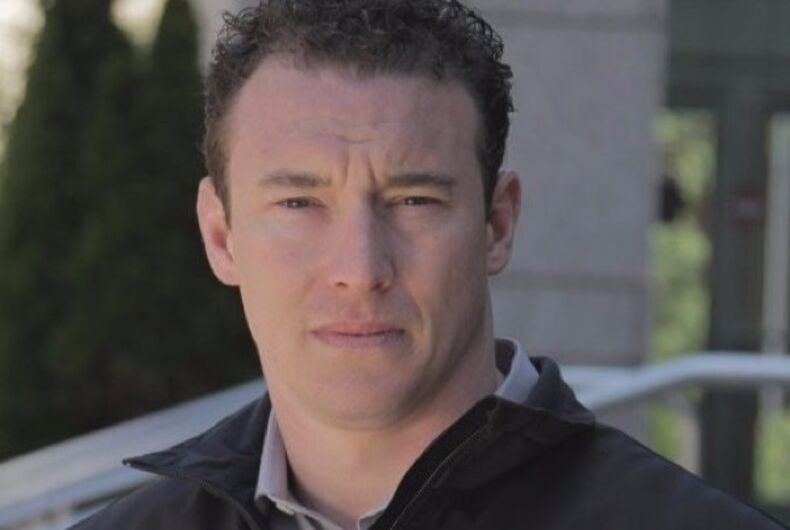 Trump appointee Carl Higbie has resigned his position as the chief of external affairs for the Corporation for National and Community Service (CNCS) after racist, sexist, and homophobic comments he has made in the past resurfaced. The department manages programs like AmeriCorps and other volunteer services.

CNN released audio copies of the comments Higbie made on talk radio that included smears against Muslims, undocumented immigrants, LGBT people, Senator Dianne Feinstein, and Democratic Leader Nancy Pelosi among many others.

“Rhode Island, land of more liberals, has just okayed, gay marriage,” Higbie said in 2013 on the right wing Sound of Freedom radio show. “Congratuf’in’lations, you suck, Rhode Island. Why would you do that? Go ahead and twist the knife a little, little bit more. I mean, you are breaking the morals, the moral fiber of our country. You know, I don’t like gay people. I just don’t.”

“I talk about this in my book, you know, I was, I was molested by a gay guy when I was a young kid and that kind of set the precedence for me. So I, I just, I really don’t care for them. You know what, you want to be gay? Fine. Do it over in your own corner,” he said.

“If I was president of the United States, I wouldn’t make laws saying you can’t be gay because I believe that’s your right. So go over there, be gay, don’t march down in the middle of the street and your drag outfit being fairies and things like that. Don’t throw it in my face. Don’t make me like it because I don’t – do it on your own. Do it over there and let it be your thing.”

Audio of Higbie’s anti-gay remarks below, but be sure to check out the entire CNN piece for multiple other clips.