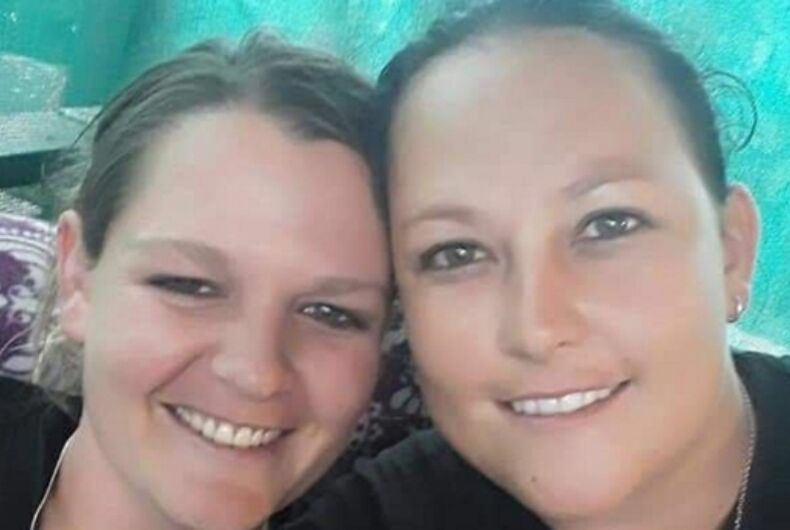 A man who allegedly masterminded and carried out the rape, burning, and murder of a married lesbian couple in South Africa has claimed in court he and the deceased were “good friends.”

Joey and Anisha van Niekerk disappeared on Dec. 10 last year, after leaving their home to attend the funeral of Joey’s father. They never arrived, and their fire damaged car was found less than a week later. Bones were found in bushes alongside a road and DNA testing is being done to determine if they are the couple’s remains.

It is said that they were detained on the man’s property, raped, beaten, and burned to death. In total, there are eight people, six men and two women, who are facing charges. Those charges include kidnapping‚ rape‚ house break-in‚ murder and robbery with aggravated circumstances.

“They always came to visit me at the shop‚” the man believed to have led the group said in court on Thursday, reports the Sunday Times. “I also helped them with their horses.”

The paper described the man as a 52 year-old business owner, and said his name could not be identified until after he pleads, due to it being a sexual assault case.

Both he and another of the accused claimed police beat a confession out of them.

The suspected mastermind was also questioned about a murder that took place in 2014, for which he was arrested in January 2017. He claimed the case was withdrawn, but the prosecutor asked if he was aware that he has to appear in the case on February 6 this year.

“I cannot deny that‚” he admitted.

Family and friends of the couple were in court, wearing shirts calling for justice.