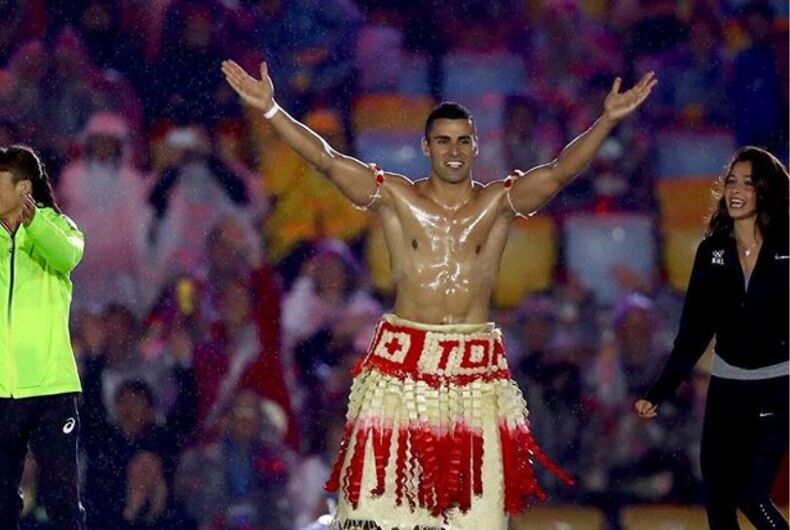 Pita Taufatofua, the taekwondo athlete who captured attention in the 2016 Olympics as the shirtless, oiled up flag bearer for Tonga has qualified for the 2018 Winter Olympics in PyeongChang.

Taufatofua will compete as a cross country skier, despite never having been on skis in his life before last year, The Wall Street Journal reports.

The 34 year-old qualified on the last day of eligibility. He has called it miraculous.

“I gave it absolutely everything,” he said from Iceland. where he competed. “I died at the end.”

It was enough, landing him the average of five scores he needed to meet the International Ski Federation (FIS) standard for countries with one representative in his Olympic event.

On the last day of my Olympic qualification, at the end of the world, I said a little prayer before my race and then a miracle happened! :) 🇹🇴 TONGA IS GOING TO THE WINTER OLYMPICS! 🇹🇴 Mathew 17:20 -Faith

Taufatofua was eliminated in his first bout in the 2016 Olympics.

He is planning to make a splash at this year’s opening ceremonies, like he did in Rio, although he wouldn’t say if it would be shirtless. But he did let on that it would be worth keeping an eye out.

“If you thought Rio was big…” Taufatofua said.

Can this Atlanta gay bar survive its owner’s racist tirades on Facebook?