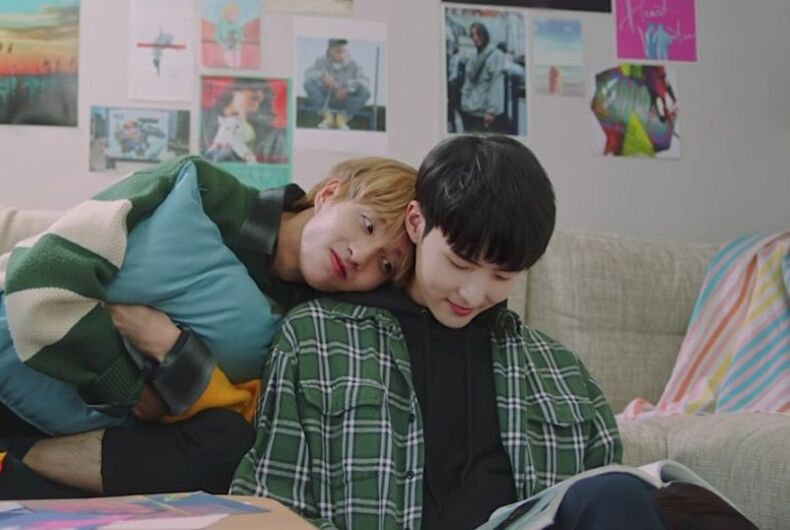 K-pop star Holland has dropped his first video and it doesn’t shy away from the singer’s sexuality. Instead, it puts it front and center and tackles the issue head on in a country where there are few out queer celebrities.

“Neverland” is rated 19+ in the country because he kisses another guy in the video, but that hasn’t stopped it from taking the web by storm. The video racked up over a million views in the first 24 hours of going online.

The video focuses on a boy who wants to escape the nonstop discrimination he faces as a gay teen and where he can love freely – Neverland.

The hashtag #HollandDebutDay quickly started trending on social media as fans shared their love of both the country’s first out star and his video.

i just noticed they're wearing the same flannel thats so pure #HollandDebutDay pic.twitter.com/WgeZef3f2v