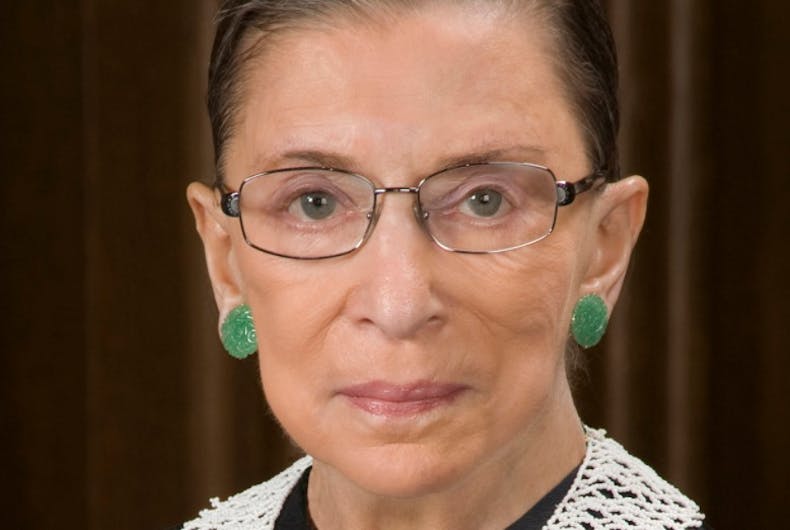 Supreme Court Justice Ruth Bader Ginsburg has hired a full slate of law clerks through 2020, in a clear signal to the Trump administration that she isn’t planning on stepping down anytime soon.

At 84, Ginsburg is the oldest member of the court. If she planned on retiring before 2020, it is unlikely that she would have made these hires.

Ginsburg criticized Trump during the 2016 presidential campaign, calling him a “faker” and charging that he had “no consistency” with what he said.

Trump called on her to resign.

Justice Ginsburg of the U.S. Supreme Court has embarrassed all by making very dumb political statements about me. Her mind is shot – resign!

Baker Jack Phillips is arguing that being made to make wedding cakes for same-same weddings would violate his rights in the case, which is still being decided.

Justice Anthony Kennedy, 81, who also voted in favor of marriage equality and is often described as the court’s swing vote, has also hired clerks for 2018, although not for 2019. Rumors were swirling that he would retire, but has said that he won’t retire for “at least” another year.

3 gay musicians just got fired from their Catholic church because, you know… gay