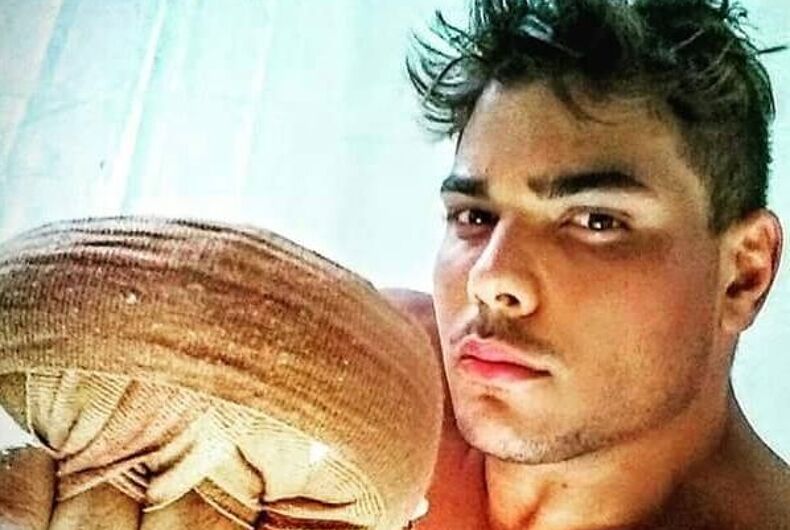 Costa was referring to Fallon Fox, who is a mixed martial arts (MMA) fighter herself. Fox transitioned in 2006 and announced that she was a trans woman in 2013 after her first two professional fights.

In that time, she has been subjected to transphobic abuse by other fighters who say that she has an unfair advantage.

Costa said in the video, misgendering Fox, “I would love it if this Fallon Fox fought a man. A well-prepared fighter. In fact, I’m making myself available to fight him for free, just so I can beat him up. I wouldn’t even need much time. Just a few minutes.”

He continued to consciously misgender Fox. “He was born a man, and he is a man, even though he calls himself a transsexual,” Costa said. “He has simply annihilated the girls who have fought against him. They were slaughtered, they put their lives at risk, they put their physical integrity at risk.”

No woman has died from fighting Fox, and injury is always a risk that comes with sports, especially one like MMA.

Costa stressed that he wasn’t transphobic or homophobic. “I don’t want to get into [the personal aspect] of his choice, to be transsexual or not, homosexual or not. What happens here is that a man is fighting against girls, against women, as if he were one.”

Dr. Eric Vilain, director of the Institute for Society and Genetics at UCLA, has examined Fox’s medical records and wrote a letter supporting her bid to compete as a woman. He said that she met the requirements set by the Association of Boxing Commissions policy on transgender fighters, which includes two years of hormone replacement therapy.

“This is the current understanding of the minimum amount of time necessary to obviate male hormone gender related advantages in sports competition,” Vilain said.

In 2013, UFC fighter Matt Mitrione was suspended and fined for calling Fox “a disgusting freak.” He later apologized.

Fox herself has responded to other fighters who insist that her “bone structure” gives her an advantage. “I’d like to know how the ‘male frame’ can produce the massive ‘punching power’… without male muscle mass behind it.”