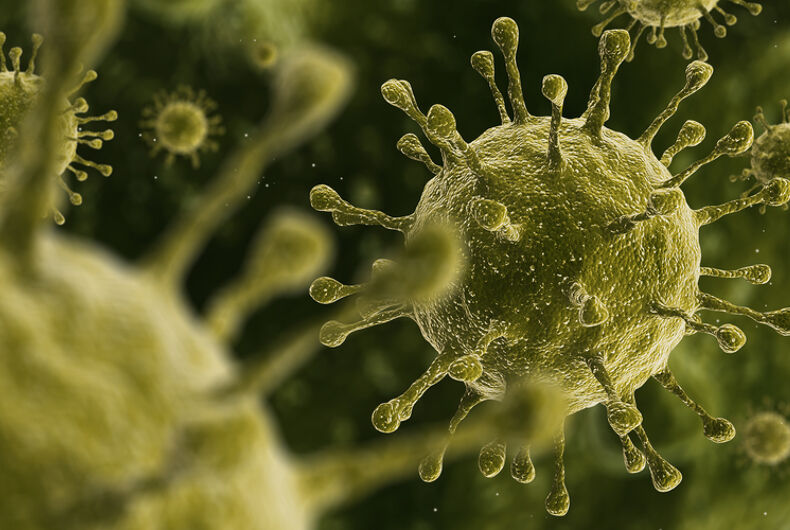 A huge percentage of my work time and energy is devoted to talking and writing about sex. This means of course, that I also spend a lot of time talking about sexually transmitted infections (STIs).

I’d like you to stop for a moment and try to guess what the most common illness transmitted by sexual activity is. I’ll wait…

If you guessed Gonorrhea you’re not in the ballpark. HSV1 and 2? You’re getting closer, but still not there. HIV? Go to the back of the class.

No, the most common STI by a long shot would have to be the Rhinovirus, also known as the cause of the common cold.

Surely you can see how easy it is to catch a cold from a lover. In fact, I’d wager that the majority of you have at some point contracted or infected someone else with a Rhinovirus during a night of romance or lovemaking.

However, I’ll also wager that you didn’t think of the cold as an STI, which only goes to show that there’s something off in how we think about sexually transmitted infections. How we talk about some STIs can be deeply problematic, and in ways that have serious consequences for public health.

It’s hardly news that in the LGBT community – and especially among gay and bi men – there’s a ton of baggage when it comes to STIs. LGBT people also have a long history of being identified by society as sick, damaged or dangerous to the general public, a perception that the AIDS crisis unfortunately fed into perfectly.

After all, before AIDS there was “Gay Related Immune Deficiency” (GRID), and frankly in the back of many people’s minds, in and out of the LGBT community, the stigma of GRID never really went away. Our enemies have not been quiet in their belief that HIV/AIDS is our “punishment” for being queer, a belief that some of us struggle to put aside even after years of living authentic lives.

Keeping that baggage in mind, we have to uncouple shame from the medical reality of contracting a sexually transmitted infection. This shame can spring from many places, including internalized homophobia, puritanical views of sex, and even the feeling of having “failed” at remaining STI negative.

The air of shame around the topic of STIs can make reasonable conversations around risk and prevention more difficult than they should be. I cannot count how many young people I’ve talked to who’ve chosen to have unprotected sex out of a fear that their partner(s) would be offended by the (perceived) implications inherent in wanting to use protection.

Likewise, all too often I hear variations on “I wouldn’t be involved with one of those sorts of people” as an explanation for why protection or precautions simply aren’t necessary. When we build up a mythical image of the kind of person who contracts a sexually transmitted infection, it becomes easy to believe that the only precaution we need is to avoid being intimate with the “wrong” type.

Of course this cultural meme causes terrible harm to people who do have some form of STI. Even the language some in our community use can be incredibly destructive, like “clean” for someone who is STI negative, with the implied antonym of “dirty” for someone who is positive. Moreover, we don’t tend to impose these same sorts of moral filters onto other illnesses, contagious or otherwise.

Please don’t imagine that I’m suggesting that we take a laissez-faire attitude towards STIs or safe sex. The reality is that sexually transmitted infections range from the annoying to the seriously life-threatening, and with the growth of antibiotic resistant strains of familiar illnesses, our level of care and concern should only be increasing.

At the same time, the risk of contracting an illness cannot continue to be a wedge with which an attitude of shame around our sexual desires are driven home. For understandable reasons, the AIDS crisis fostered an element of sexual puritanism within the gay community that does not universally serve us well today. We must find better ways to educate people about STI realities, and engage in productive dialogs about informed and risk-aware sexual behavior.

To get there though, we have to shift how we think about and discuss sexually transmitted infections back into the medical realm and out of morality. Like the Rhinovirus, it’s an infection and not a character flaw.

There should be no more shame in contracting an STI than there is in any other preventable medical condition. When a skier breaks their arm we don’t tsk tsk at them. Even though skiing carries the risk of injury, but we don’t assail their character, tell them they deserved what happened, or imply that their skiing injury reflects poorly on their worth as a person.

Especially not if we’re out on the slopes every weekend too.