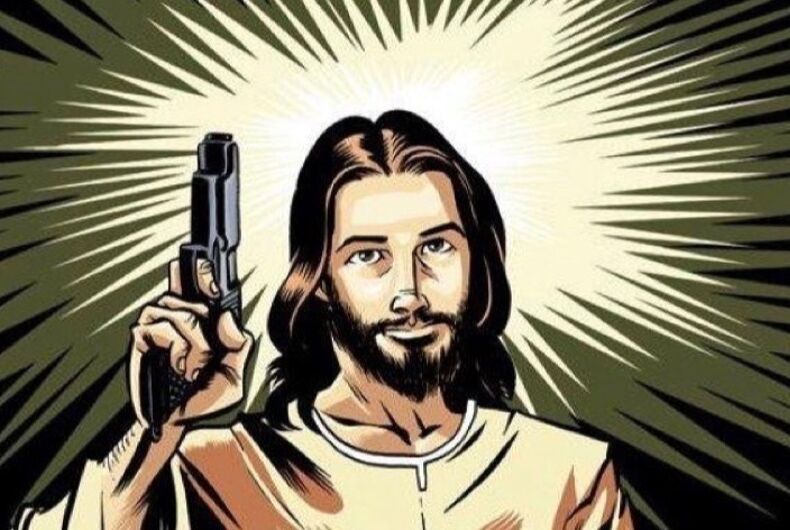 Christian apologists and religious right leaders gave Donald Trump a pass after he admitted to sexually assaulting women. They gave former Senate candidate Roy Moore a hosanna after he was exposed as a child molestor and serial sexual harasser of teenage girls.

And they used the Bible to justify their decision to tolerate sin – despite the actual commandments to do the exact opposite. So is it any surprise that after President Trump referred to Haiti and African nations as “shithole countries,” the religious right would come out swinging in his defense?

“What a lot of people miss is, America is not a church where everyone should be welcomed regardless of race and background,” Jeffress, pastor of First Baptist Dallas, told the Washington Post. “I’m glad Trump understands the difference between a church and country. I support his views 100 percent, even though as a pastor I can’t use that language.”

Rodriguez, president of the National Hispanic Christian Leadership Conference, would only call Trump’s remarks “a distraction” and refused to condemn the inherent racism that sparked outrage throughout the world.

“I prefer elected officials to engage in language that represents the commitment to the image of God,” he said. “Not every comment said is explicitly racist. It’s shameful.”

In a segment on CNN, Burns justified Trump’s comment by citing the Bible – specifically 1 Timothy 5:8, saying, “A man that does not take care of his own home, his own home, their own people, is worse than an infidel. We have somehow forgotten that in America.”

As the panel devolved into chaos, host Kirsten Powers stepped in to summarize the message these “leaders” should be espousing instead of justifying racism.

“This country is filled with people who came from terrible countries, with terrible governments, and they fled here and they came here. Those are the exact kind of people I think a pastor would be saying, ‘We would want them to come to the country,’ and they’ve been major contributors to this country!” she said.