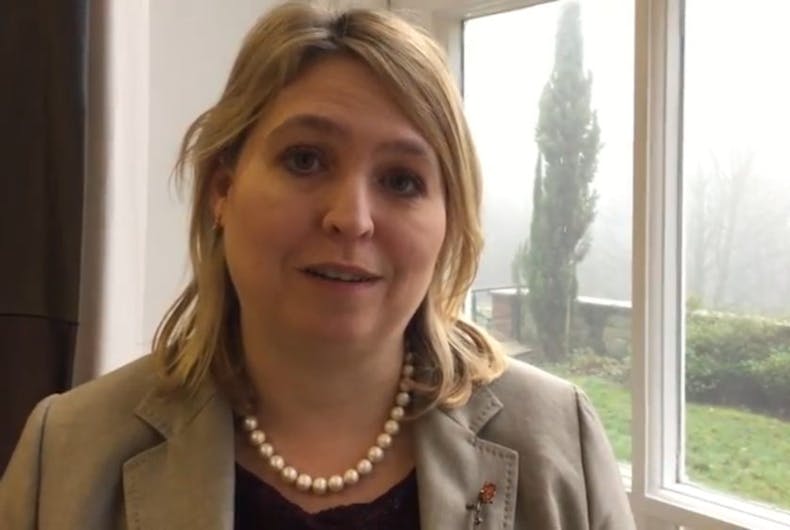 Helping to further the reputation for Northern Ireland’s bonkers political history, Karen Bradley, sitting Secretary of State for the British province, has compared same-sex marriage to a fast internet connection.

In other words, Bradley punted, falling back on a talking point that the rollout to marriage equality should be left to Northern Ireland’s First Executive. At present, the office remains unfilled following a scandal and resignation of former First Executive Martin McGuinness.

Ongoing disputes between political parties and the British government overseen by Prime Minister Theresa May have prevented the position from getting filled. Opponents of marriage equality, despite overwhelming support from the public, have used the collapse of the McGuinness government as a way to block implementation of same-sex marriage.

As Secretary of State, Ms. Bradley could use her power to hasten the rollout of marriage equality, thus granting same sex couples their rights under the law. Instead, she has let politicking dictate her actions. At present, it remains unclear when a new First Executive could take office.

Call that the luck of the gay Irish.