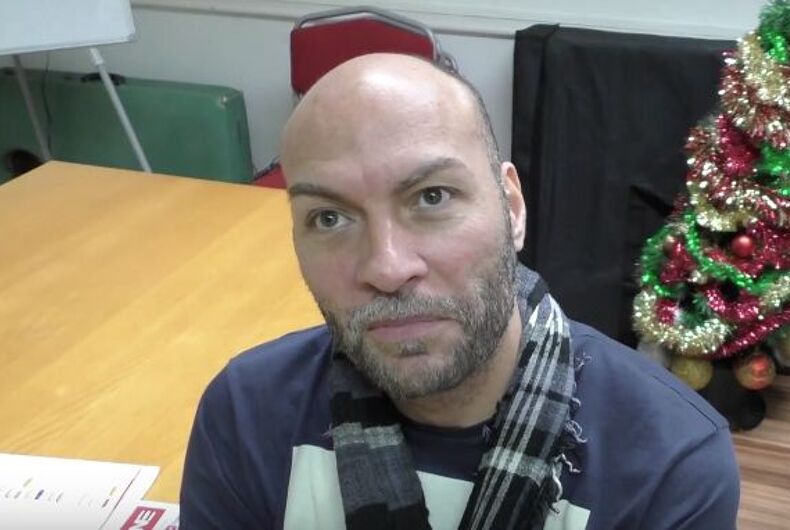 Trinidad-born LGBTQ rights activist Jason Jones filed the lawsuit in February of last year, challenging Sections 13 and 16 of the Sexual Offenses Act that make consensual gay sex punishable by up to 25 years in prison.

It’s currently one of only four such cases worldwide, reports Gay Star News, and if the court rules in Jones’s favor, it would also end the criminalization of gay sex in Barbados, Jamaica, Grenada, Antigua, Saint Kitts, Saint Vincent, and Saint Lucia.

Jones told Gay Star News that the hearing, set for January 30, will only last a day before the judge decides whether to strike down the anti-gay laws. He expects the ruling to come back within a matter of weeks after the hearing.

Even if the judge rules in his favor, the government could still decide to not make a change to the law, as it would still have to be ratified by the Trinidad and Tobago parliament. The Attorney General would also have six months to appeal the ruling.

However, Jones is confident that if he wins the ruling, the government will not interfere in that manner.

“If that happened, there would be a huge constitutional problem because two arms of government would be at loggerheads,” Jones said.

Jones has faced threats ever since filing the suit.

“People have threatened to throw petrol on me and set me on fire,” Jones told the Washington Blade. “They are writing ‘boom bye bye battyboy’ on my Facebook page. How can I ignore that? Some of these threats are real. I haven’t been able to sleep properly. Every strange call, odd sound or anything remotely off has me frightened.”

The recent murder of a transgender woman, HIV/AIDS activist Sasha Alister Patterson, who was gunned down in a park, has made Jones increasingly nervous.

“As much as talking about the risks and difficulties in a country where we are criminalized is important – the more we do the more the reality of this murder leaves me feeling so scared,” he said, referencing the recent murder of a transgender woman, HIV/AIDS activist Sasha Alister Patterson. She was gunned down in a park.

Jones is crowdfunding to cover his travel and legal expenses.

Singer Sarah Hansson has released a song in support of Jones, called “Only god (is your superior) – Trinidad Pride song.”

“When I first heard about Jason – I thought what he was doing was something that Trinidad needed,” Hannson told Gay Star News. “I felt like I wanted to help him, and the only way I could think of was through music. Trinidad and Tobago is a small country, but if more people like Jason stand up and speak out against discrimination, I think that people will become more open and we will see positive changes.”