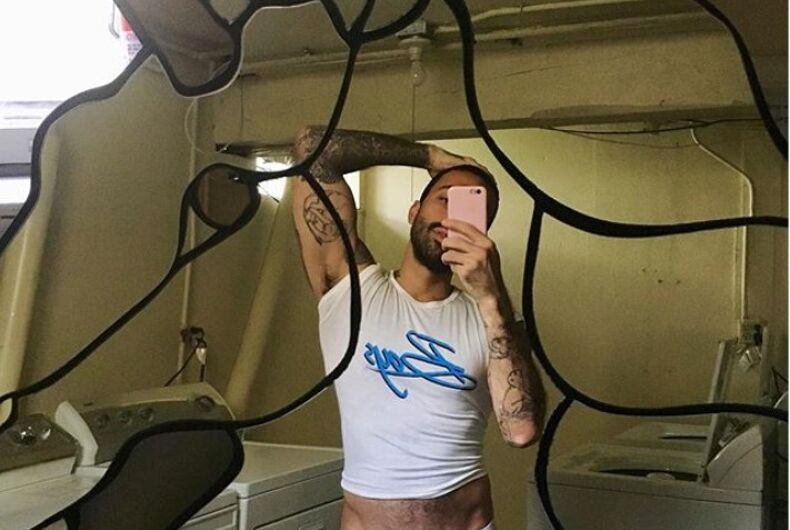 When a gay man’s mom wanted her son to send pictures of a unicorn mirror she bought him, he waited too long to respond and set into motion a story that has everyone rolling.

Sohail Justin Akhavein shared that his parents wanted to get a replica made for his jealous sister. When he failed to meet her request in a timely manner, she was forced to go to his thirst trap laden Instagram page. She is not a fan of his social media presence, but apparently got sick of waiting.

“This is the result of me not getting back to her quick enough,” he wrote in a tweet, sharing her text to him.

“I was forced to use the only photos of the mirror I could find which were your gd smut photos because the carpenter needed references before he accepted our offer to recreate the mirror and guess what. HE ASKED IF PART OF HIS PAYMENT CAN BE THE MAN IN THE PHOTOS. THE GAYS ARE EVERYWHERE!!!” she said.

“MAMA, OUR TALENTS DO NOT DISCRIMINATE PROFESSIONS!” he informed. “Tell the woodworker I said howdy.”

Akhavein reported that the woodworker accepted the job, but his mom appears to be running interference on the two ever meeting.

Unless you get the sense that his parents are homophobic, he told BuzzFeed News that they are supportive.

“I’ve never taken their acceptance, warmth, love, and sass for granted, because I am well aware of many members of our greater queer community may struggle to navigate their personal expression of queerness on a platform their parents may have access to, let alone possibly not having direct access to those four things listed above,” he said.

“Being a person of colour who was born into a set of ideologies that were in direct conflict with my personhood, it would be foolish to not allow my parents to ‘struggle’ with allowing their son to be who he is — because, they’re human, and allowing a human to process is part of the journey of meaning-making.”

“While it may have seemed counter at times, my parents have allowed me to process my queerness with me, and not at me. They’ve held my heart. They’ve made me contemplate representation.”

He tweeted out the BuzzFeed article with a humorous take.

One of my mom’s biggest fears is literally the “growing number of bystanders who know what my son’s upper inner thigh looks like.”
🤷🏽‍♂️💋 https://t.co/QnrSJwWblD

Was Chelsea Handler’s tweet about Lindsey Graham homophobic or on point?