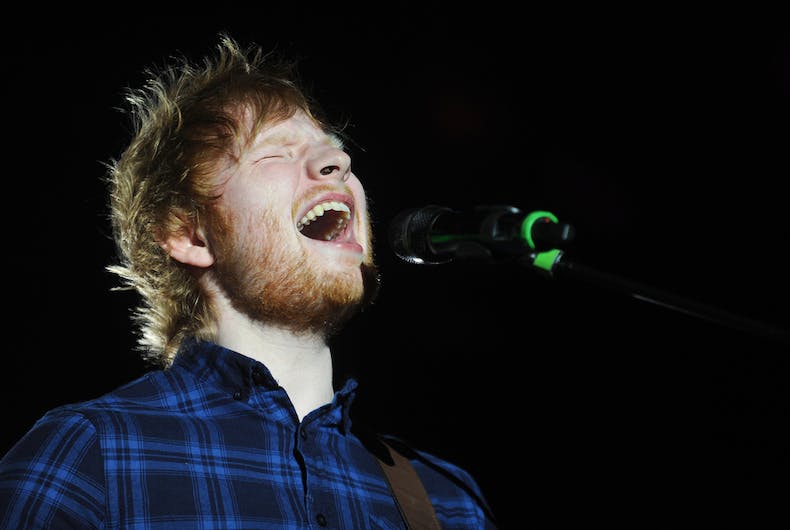 A Christian “parody” version of Ed Sheeran’s song “Shape Of You” is making the rounds and it is as treacly and awful as you’d expect.

A parody is usually an imitation of a popular piece of art, literature, or music but with deliberate exaggeration for comic effect: think Weird Al Yankovic. Calling “Shape Of Jesus” a parody is rather misleading since it’s obviously meant sincerely despite the inherent amusement.

“Shape of You is an insanely catchy song with a sweet groove. But the line ‘I’m in love with your body’ struck something… and we took it in a different direction,” the YouTuber “UnworthyHeiress” commented on her upload.

Still, it’s done earnestly and their singing isn’t that bad, so enjoy it for what it is – an attempt to glom on to popular culture and shame any notion that we might enjoy sex. And, honestly, none of the warblers are as horrific as the strange grammar in the on-screen lyrics. That will rock you.

If the overtly Christian lyrics kill it for you, there’s a special treat below the video… Senator Ted Cruz singing Amazing Grace to the tune of Gilligan’s Island.

Mom sent his thirst trap photos to a woodworker. What happened next will leave you rolling.