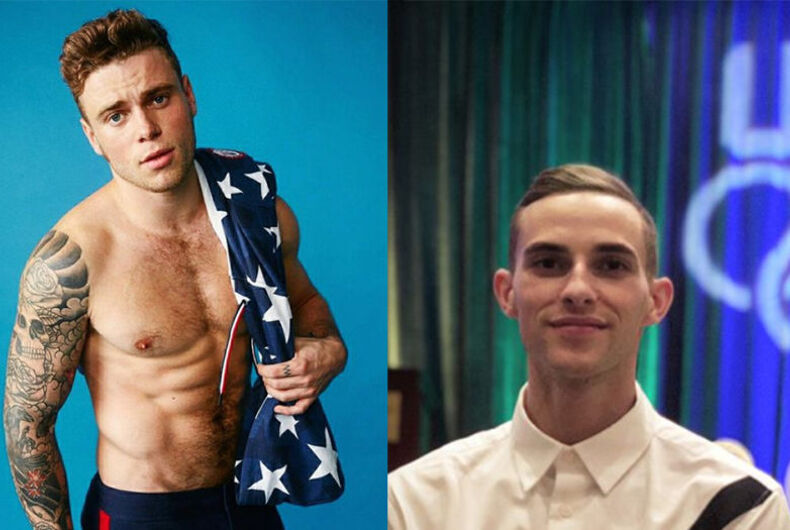 Olympic skier Gus Kenworthy has now come out as the second openly gay athlete representing Team USA at the Winter Olympics in PyeongChang to criticize the choice of Vice President Mike Pence to lead the delegation.

Figure skater Adam Rippon was the first to call into question the thinking behind letting a man who is at the forefront of an anti-LGBTQ administration would lead a team that includes LGBTQ athletes.

“I don’t think he has a real concept of reality,” Rippon said. “To stand by some of the things that Donald Trump has said and for Mike Pence to say he’s a devout Christian man is completely contradictory. If he’s okay with what’s being said about people and Americans and foreigners and about different countries that are being called ‘shitholes,’ I think he should really go to church.”

If given the chance to shake his hand, as is customary in these situations, he said he would decline.

Kenworthy said he heard Pence had been selected as a result of Rippon’s reaction to the news and that he agrees with his sentiments.

“I actually found out about it from Adam Rippon’s quote about it,” he told USA Today. “I feel the same way as him. I think it’s not the person I would have expected, and I think it sends mixed messages because this is the first time we’re seeing out U.S. Olympic athletes competing in the Winter Olympics, and then we have someone leading the delegation that doesn’t support that, and doesn’t support the LGBT community, and has spoken against it. I think it doesn’t send the right message. It’s unfortunate, but it is what it is.”

Related: Here are the out LGBTQ athletes who will compete in the 2018 Winter Olympics

“I think that I’ve gotten to live authentically, and share who I really am with my family and friends. It’s made me feel so comfortable,” he said. “I think that it’s showcased in my skiing. I feel so free and liberated and it’s one last thing I have to think about, about being in the closet and worrying about outing myself. My skiing has benefited from that, from being free.”

Kenworthy qualified for his second Olympic games, qualifying for slopestyle. This will be the first time he will compete in the Olympics as an openly gay man. He came out in 2015.

“The fact that I am out, I think it’s going to warrant me having a better time in Korea, and really getting to experience it,” he added. “When you’re in the closet, you can’t enjoy anything quite as much. I don’t think I had the Olympics experience I was hoping for, and now that I’m out, I’m going to really take it all in and have such a better time.”

Rippon criticized Pence over the issue of so-called conversation therapy, colloquially known as “pray away the gay.” Pence’s congressional campaign website, saying that the Ryan White Care Act, providing funding for HIV/AIDS patients, should be reauthorized “only after completion of an audit to ensure that federal dollars were no longer being given to organizations that celebrate and encourage the types of behaviors that facilitate the spreading of the HIV virus. Resources should be directed toward those institutions which provide assistance to those seeking to change their sexual behavior.”

Pence denied the allegation through a spokesperson.

“The vice president is proud to lead the U.S. delegation to the Olympics and support America’s incredible athletes. This accusation is totally false and has no basis in fact. Despite these misinformed claims, the vice president will be enthusiastically supporting all the U.S. athletes competing next month in PyeongChang.”

This Mormon gay man got famous for marrying a woman. Now they’re getting divorced.