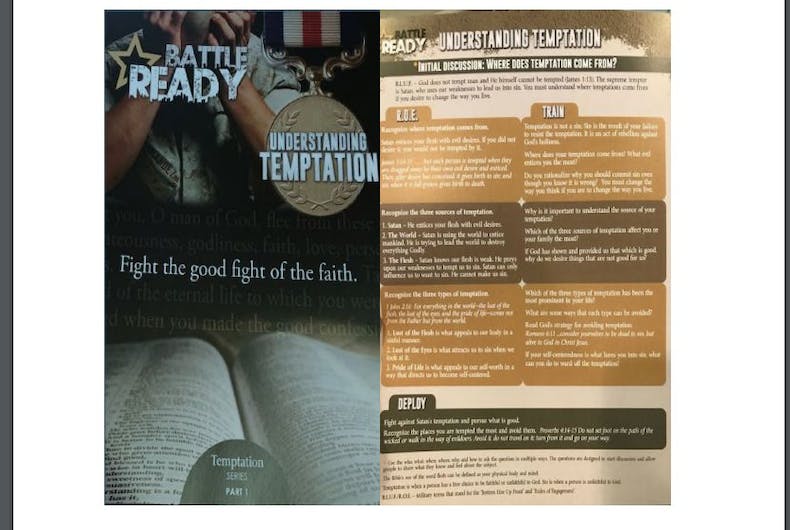 Stephen Heasley and Andrew Borg got more than they expected when their programs arrived.

The Australian couple, had ordered wedding programs for their upcoming nuptials here in the US. At first, Stephen and Andrew thought they received the wrong order. Upon opening the box of invitations they’d ordered from a local franchise of Vistaprint, the couple found 80 copies of Understanding Temptation: Fight the Good Fight of the Faith, a pamphlet focusing on the “evils” of homosexuality, and how to resist the gay agenda.

Then they realized the staff at Vistaprint had sent them a message.

“Once we saw the images and actually read a bit of the pamphlet, we quickly realized this wasn’t a simple or innocent error,” the couple said in a statement. “The wording and imagery was aggressive, threatening, and deeply personally offensive.”

For its part, Vistaprint has launched its own internal investigation of the incident, and denied any discriminatory practices.

Heasley and Borg, residents of Sydney, married in Butler County, Pennsylvania last September. They managed to have the actual programs printed in time for the wedding, but found the pamphlets mailed by Vistaprint disturbing to say the least. In court filings, the couple have accused Vistaprint of discrimination and claimed emotional distress over the harassment.

Donald Trump is ringing the death knell of the religious right