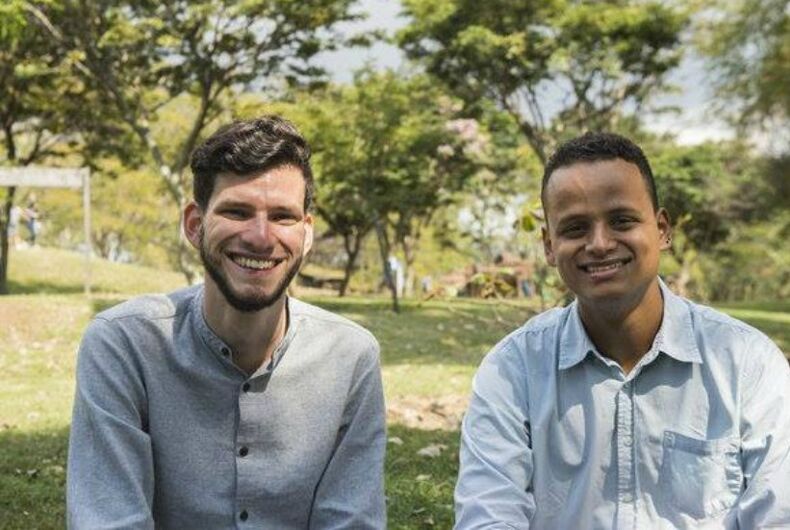 Mario Arias, 28, and Roberth Castillo, 25, planned on being the first same-sex couple to get married in Costa Rica last Saturday. But on Friday, the wedding was called off after a last minute decision by a government agency, and now the couple plans to file suit.

On January 9, the Inter-American Court of Human Rights (CIDH) ruled that prohibiting same-sex couples from marrying is a form of illegal discrimination. The CIDH’s decision is legally binding in 20 Latin American countries, although each country has different procedures to implement the decision.

Costa Rican president Luis Guillermo Solís said that the government will comply with the court’s decision.

Arias, who is Venezuelan, and Castillo, who is from Costa Rica, planned to get married as soon as possible. They found a notary and organized a wedding to take place this past Saturday in a gay bar in San José.

On Thursday night, the Superior Council of Notaries (CSN) held an extraordinary meeting to discuss the CIDH ruling. The CSN, which regulates notaries, banned notaries from registering marriages between two people of the same sex.

“We found out yesterday night,” Arias told La Nación. “We were surprised that it was an extraordinary session, we were quite shocked, and our notary told us it would be best to postpone the marriage.”

Arias and Castillo said that they are going to appeal the CSN’s decision with the Constitutional Court.

Minister of Justice Marco Feoli has also stepped in, asking the CSN for their reasoning and reminding them that the CIDH’s decision is binding. The Ministry of Justice names two of the members of the CSN.

Feoli wrote: “The Superior Notary Council’s ruling not only contradicts the [CIDH’s] opinion, but also the position of the Executive” regarding the ruling.

In the meantime, Castillo said that he knows “Love will win.” “My message to all the couples that were waiting to get married is that we are sure that this will happen and that you will also get married, just as we are going to get married.”