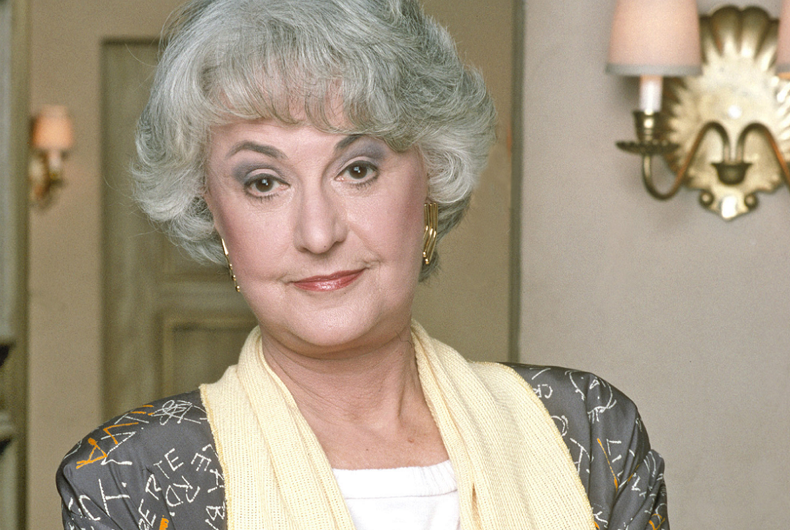 Bea Arthur will show up in the new Deadpool movie in a big bad way.

Arthur won’t literally be making a cameo (the actress did pass away in 2009, after all), but the actress has been honored by the superhero franchise.

Deadpool’s katanas are named “Bea” and “Arthur” in her memory. And while we already knew as much, they are now engraved with the names, Ryan Reynolds shared.

We can’t wait to see if that means the name of the swords will be given an even bigger nod in Deadpool 2.

The official Deadpool Twitter account also paid tribute to The Golden Girls in 2015, on the 30 year anniversary of the show first hitting the airwaves.

30 years of the #GoldenGirls showering us with fun. #Deadpool pic.twitter.com/rLuhl139HT

Reynolds revealed the names of the swords that same year in a tweet of his own.

The Katanas are named Bea and Arthur. Bea is a dedicated performer and a joy to work with. Arthur's grumpy-wumpy. https://t.co/2GIR8KCV6l