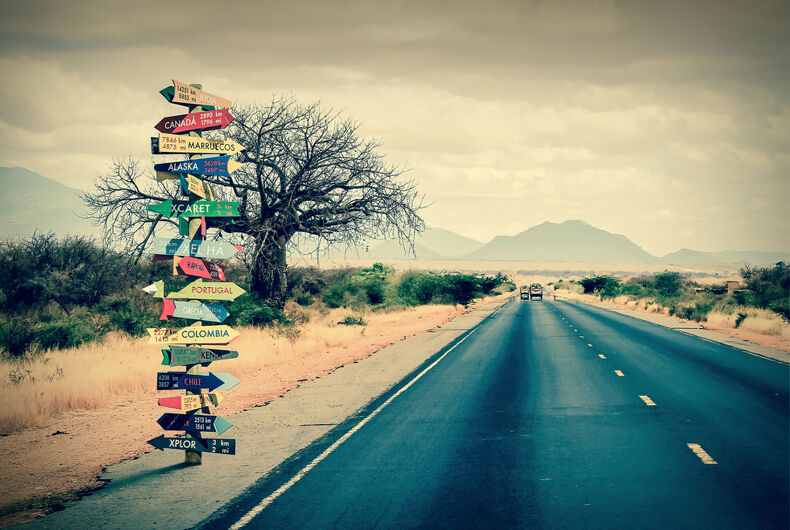 Peace activist and civil rights leader, Dr. King chanted this statement outside a California prison, which was holding Vietnam War protesters on December 14, 1967. In his commitment and passion for justice, and in his inimical and profound way, he understood several connecting strands.

“I see these two struggles as one struggle,” he said. By fighting a war “against the self-determination of the Vietnamese people,” he realized that his country had been proliferating injustice. Fighting for the civil and human rights of people in his home nation, without opposing what King believed to be the clear exploitation of the Vietnamese people, would contradict his declaration that “injustice anywhere is a threat to justice everywhere.”

With King’s words swirling around my mind, I sat stunned in complete disbelief watching as Donald Trump announced and then signed, with his typical over-exaggerated flare, executive orders to shrink two national monuments, Bear’s Ears and Grand Staircase-Escalante, by over two million acres utilizing “states’ rights” as his justification.

Through his disingenuous words, the staged cheers from invited guests, and the gleaming teeth flashing from plastered smiles of political leaders, we see clearly that Trump’s assault on the environment and on the native peoples’ sacred lands has more to do with the rights of mining, drilling, and logging corporations that it ever could have with the rights of states.

For the second time in barely over a week, Trump has launched the second battle in his declared war on First Nations peoples. Flanked by surviving Navajo war veterans in a White House ceremony giving honor to them one week prior, Trump taunted Senator Elizabeth Warren with a racial epithet, “Pocahontas.”

He did this while standing beneath a portrait of Trump’s acknowledged “favorite” president, Andrew Jackson, who is infamously known to have committed genocide on native peoples.

But whenever I think this incompetent, dishonest, and psychologically damaged man could not surpass the hurt he has wrought, there he goes shoveling even more dung on the people and institutions he swore to protect.

I write these words as my heart is breaking yet again. Over the past two years, ever since he descended the escalator in his golden tower to announce his run for the most powerful position in the world, he has offended so many individuals and entire groups of people, most of whom hold little political and social power, that I find it difficult to comprehend how and why such a person could attain and then remain in office.

I wept as he stereotyped Mexicans as criminals and rapists, and when he mocked a journalist with disabilities. I shook with rage as the gloated about grabbing women by their genitals, and when he personally attacked courageous Gold Star families.

I felt breathless when he summarily declared transgender military members disqualified to serve their country, and excluded from public facilities most closely aligning to their identities. But I took it as par for this president’s (non-golf) course when he officially endorsed an accused child sexual predator and molester over a qualified Democrat in a U.S. senatorial contest.

Throughout his march to the Oval Office, he has stereotyped and further marginalized Muslims and the religion of Islam, alienated our closest international allies, provoked our adversaries, demeaned and degraded members of our intelligence agencies and judicial institutions, and deregulated environment policies that further imperil our planet.

In league with Republican lawmakers, he has attacked the middle and working classes with retrograde healthcare and tax policies. Had this President and his Republican co-conspirators been physicians, we the people would have already sued them for malpractice.

Each week throughout the year as I make my pleasant two-mile walk to my local supermarket with four-wheeled cart in tow, I pass a house with a large white pole and a United States flag in the front yard flowing in the breeze. Recently in my western Massachusetts neighborhood, we experienced very heavy sustained winds with even stronger gusts.

Subsequently, this week as I traveled my customary jaunt, I noticed that the wind somehow noticeably tilted the pole and tore and battered the flag. Seemingly one of the holes hooked up and over the pole causing the flag to knot up onto itself. Metaphorically, this torn, battered, and knotted flag incapable of flying unfurled symbolizes the current political climate ravaging our country.

As a resident of Washington, D.C. during the presidency of Richard Nixon and the upheavals surrounding the Watergate investigations that ultimately led to his resignation, I was reassured that our nation’s Constitution, while imperfect, held our institutions together even as our people stood disunited.

During these current troubling times of discord and dissent, political polarity and incompetence, ever-increasing social and economic inequalities, scapegoating and stereotyping, and our nation’s shrinking moral leadership throughout the world, our Constitution will get us through as long we as a people remain vigilant working tirelessly to ensure that justice rises and ultimately prevails in our quest for peace.