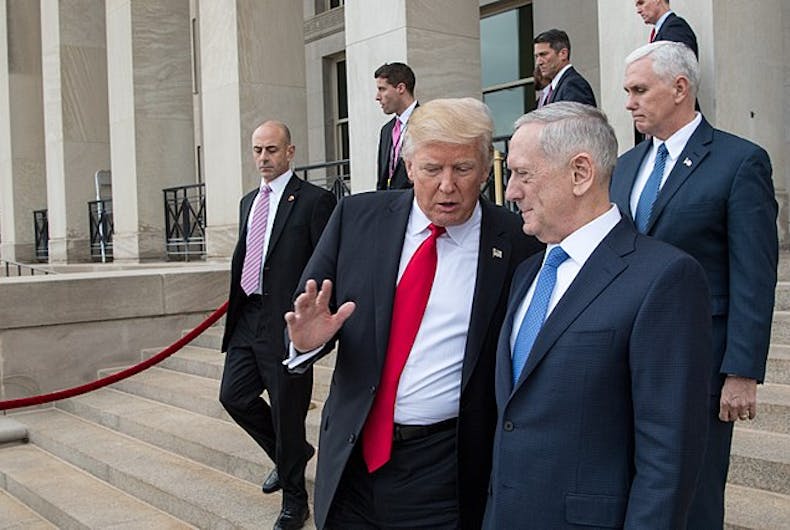 A memorandum made public by lawyers fighting the Trump administration’s ban on transgender service members and recruits shows that the military has had a policy in place for “processing transgender applicants for military service” since December 8.

The memo, signed by Navy Capt. David Kemp, was introduced into exhibits of all three cases currently challenging the ban, in Washington state, Maryland, and Washington, D.C., reports BuzzFeed.

The Trump administration continues its fight to block transgender enlistees ahead of a January 1 deadline. It has argued that it is not ready to accept transgender soldiers. So far, three federal courts have ruled against the administration.

“The guidance thus further contradicts the government’s claim here that ‘the military will “not be adequately and properly prepared to begin processing transgender applicants” by January 1,'” wrote attorney Paul Wolfson wrote in the filing to the DC Circuit. 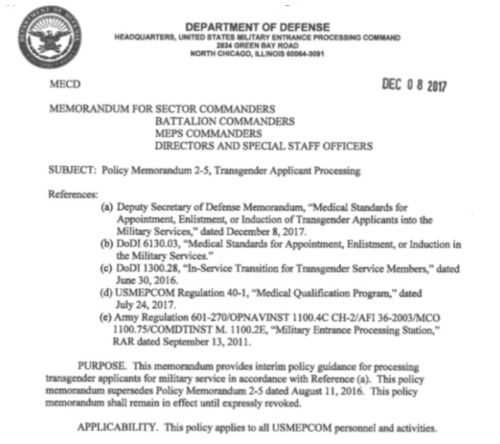 An LGBTQ group trolled Trump at his own hotel

Will Trump issue a ‘Day of Repentance’ proclamation to prevent Armageddon?