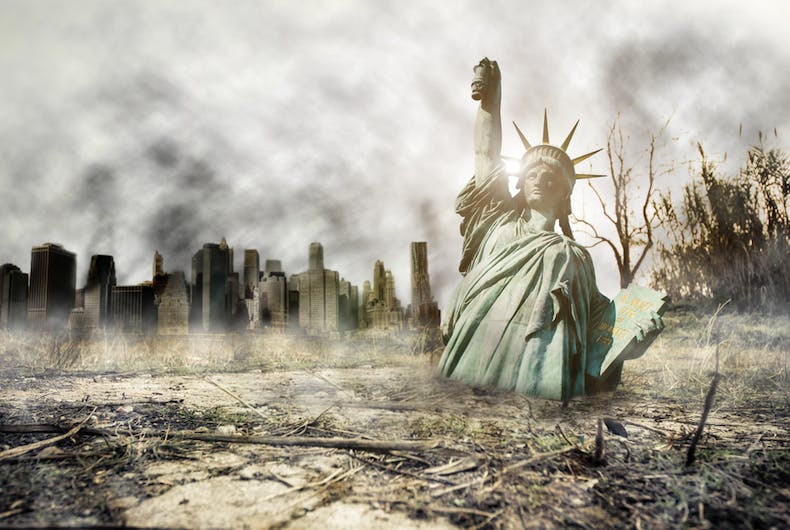 Paul McGuire and Troy Anderson are co-authors of the book Trumpocalypse: The End-Times President, a Battle Against the Globalist Elite, and the Countdown to Armageddon, in which they “fearlessly expose” how the “fierce opposition to the Trump presidency” is really controlled by “members of secret societies with deep occult connections.”

Because the idea that lots of people just plain don’t like having an incompetent, racist sexual assaulter in the White House is just so far-fetched.

McGuire and Anderson propose a “Day of Repentance” in their book and are pushing Trump to actually proclaim one on March 30, 2018. They explained on SkyWatch TV that their idea came from a biblical story about Ninevah, a sinful city that was worthy of destruction until the king repented and proclaimed three days of prayer and fasting. According to McGuire and Anderson, “judgement was averted for, like, another century.”

They also want Trump to read the text that Abraham Lincoln read on March 30, 1863, when he proclaimed National Fast Day. The proclamation, written during the Civil War, asks people to “to confess our national sins, and to pray for clemency and forgiveness.”

McGuire and Anderson say that National Fast Day was “instrumental” for the North to win the Civil War.

They also said that they will give Trump a copy of their book so that he can be “ministered” through it. Unfortunately, the End Times will surely come before Donald Trump reads a book.

With Trump so deeply in the evangelical Christian right’s pockets, is it really that farfetched to think he’ll do it?

Did the Trump administration lie to the courts about its ability to accept trans recruits?