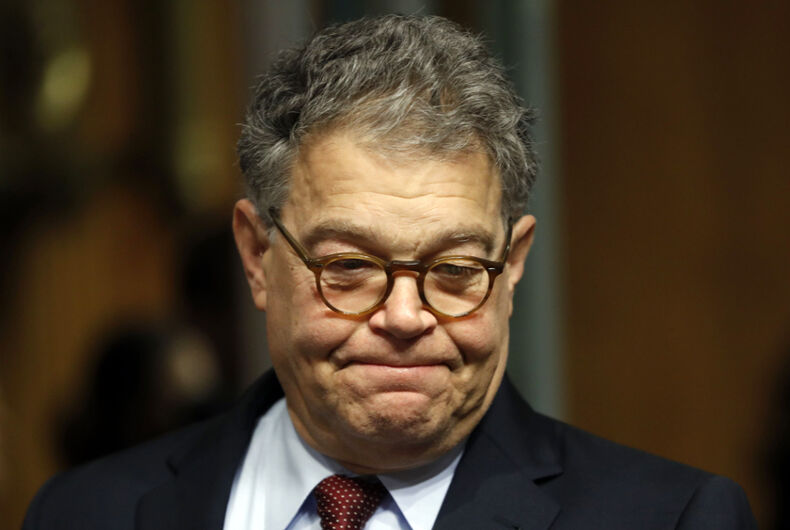 Out Senator Tammy Baldwin has called on fellow Democratic Senator Al Franken to resign after multiple women have accused him of sexual harassment and misbehaviour. Nine other women serving in the senate and House Minority Leader Nancy Pelosi have also said he should resign.

Earlier this morning, a former congressional aide told Politico that Senator Franken tried to forcibly kiss her without consent.

“He was between me and the door and he was coming at me to kiss me. It was very quick and I think my brain had to work really hard to be like ‘Wait, what is happening?’ But I knew whatever was happening was not right and I ducked,” she told the outlet. “I was really startled by it and I just sort of booked it towards the door and he said, ‘It’s my right as an entertainer.’”

Yesterday, the longest serving member of the House of Representatives, Democrat John Conyers, resigned following multiple allegations of sexual misconduct. Another woman has stepped forward today, alleging Conyers groped her while she volunteered for his campaign.

Franken says he will make a statement on Thursday. He is expected to resign.

I believe it is best for Senator Franken to resign.

I expect that Senator Franken will announce his resignation tomorrow. It is the right thing to do given this series of serious allegations.

Don’t have time to read the transcript of the Supreme Court wedding cake case? We got you.