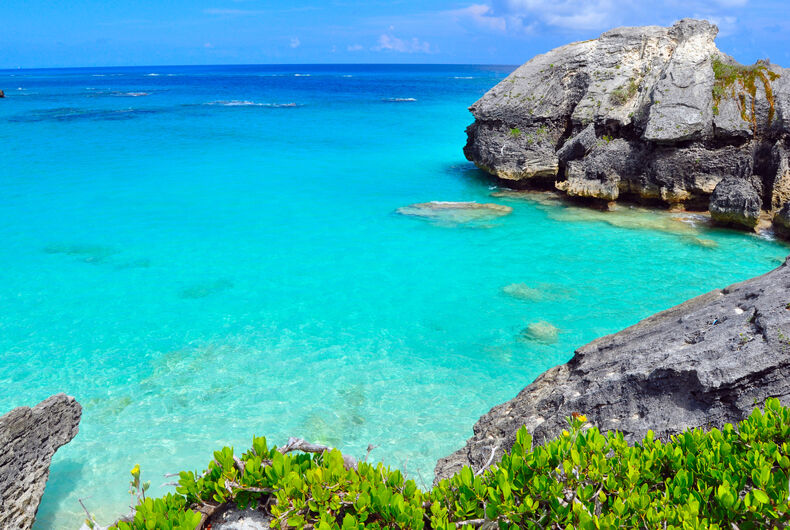 Bermuda is set to become the first country to legalize same-sex marriage and then take the right away from its citizens. Both branches of the British overseas territory’s legislature have now passed a law that would strip gays and lesbians of the right to marry.

The measure now goes to John Rankin, the crown-appointed Governor of the islands, for either his signature or veto. Ranking is known as a rubber stamp figurehead for the legislature.

“If Governor Rankin signs this measure into law, it will rip away the right of loving same-sex couples in Bermuda to marry. That’s unconscionable,” said Ty Cobb, director of HRC Global. “With international business and tourism as its major industries, Bermuda’s people, international reputation, and economy would all be harmed by this legislation. It is crucial that Governor Rankin reject this assault on equality.”

Bermuda’s Supreme Court legalized marriage equality earlier this year, but the legislature ranks higher than the court under the territory’s system of law. The proposed law would ban same-sex marriages in favor of domestic partnerships.

“Society largely does not support same-sex marriage nor is it prepared to accept it at this time,”Ruling party Senator Crystal Casesar told the Associated Press.

The Bermuda Tourism Authority is already warning government officials of the fallout facing the popular honeymoon and vacation spot. Interestingly enough, the group is using the fallout to Indiana and North Carolina’s recent anti-LGBTQ laws as an example of the economic damages the repeal would cause.

The letter states, “Significantly, it’s not only LGBT travelers that care about equal rights based on sexual orientation. Our research indicates many companies, consumers and travelers, including the overwhelming majority of the younger visitors powering Bermuda’s growth, care about this issue. It’s why the fallout in North Carolina and Indiana has proven so detrimental.”