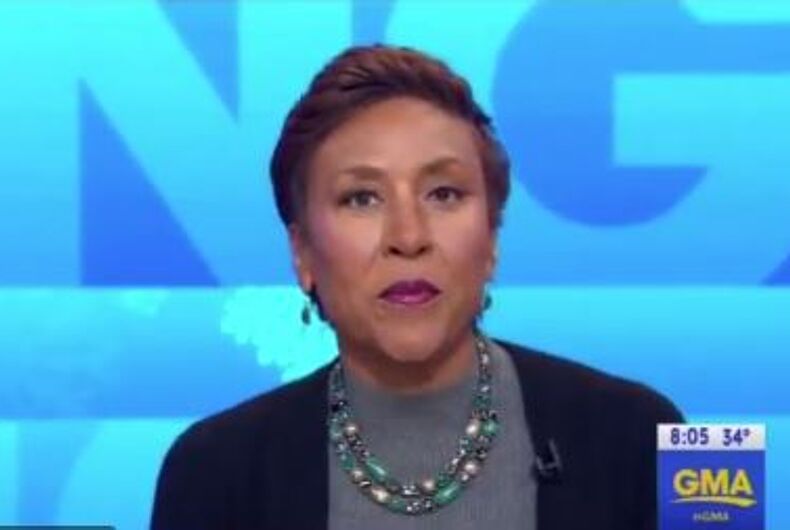 Robin Roberts is done with Omarosa and her stories. Photo: Screenshot

GMA host Robin Roberts has delivered a perfect and succinct response to Omarosa’s appearance on the show, where she denied reports she had to be physically removed from the White House.

“I resigned…I wanted to make the one-year mark. That’s one of the goals I set out to and then get back to my life,” she said. “I like to hear all of these interesting tales, but I have to tell you they are 100 percent false. One of the things I’d ask of people making those assertions – since they assert that I did it so publicly – is where are the pictures and videos.”

She added that she planned to tell the real story, just not quite yet.

“When I can tell my story, it is a profound story that I know the world will want to hear,” she said.

The panel then had its say, with Roberts cutting through the noise with a simple and attention grabbing reply.

“She said she has a story to tell, and I’m sure she’ll be selling that story,” Roberts said.

Robin Roberts with a parting message for Omarosa 👀 #ByeFelicia pic.twitter.com/iTQM5LI8B4

And, naturally, the internet rejoiced:

Just when you thought 2017 had run out of iconic moments ??? pic.twitter.com/vprezx0E5T

How #Omarosa thought she looked like leaving the WH..?? pic.twitter.com/Q68oGAsJLe