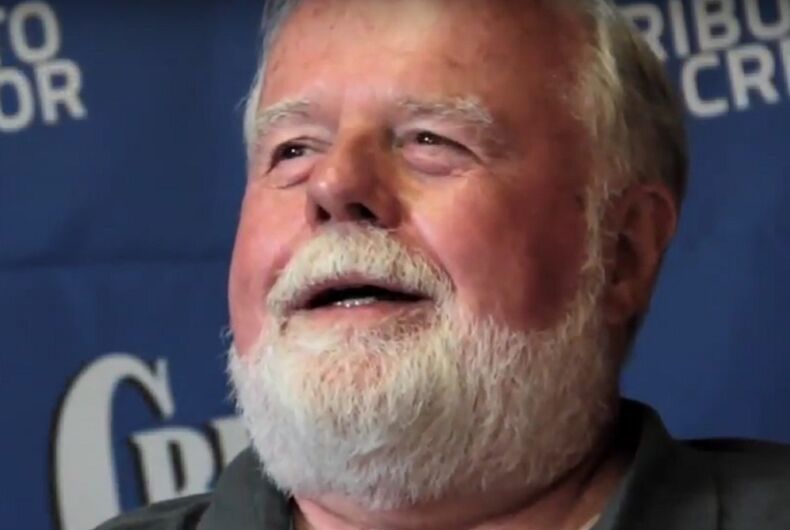 He is a pastor at Come Alive New Testament Church in New Jersey, although he is known to more people as the founder of the Creation Festival. The event, sometimes called the “grandfather of Christian music festivals,” is a multi-day music festival that draws crowds of around 100,000 to see the biggest names in Christian music.

Thomas was arrested on December 6 on charges of aggravated sexual assault, three counts of sexual assault, and four counts of endangering the welfare of children. Authorities have not released any details about the allegations to protect the privacy of the victims.

Come Alive New Testament Church’s website has been cleared of all information and replaced by a short statement that says that Thomas has been “indefinitely suspended” from all leadership positions in the church. The statement says that the accusations are “unrelated to his roles in these ministries,” implying that Thomas did not meet the victims through the church.

“It is requested that all pray for the parties involved and refrain from speculation regarding the circumstances,” church trustee William P. Darpino told the Courier-Post.

In 2003, Thomas got media attention when he set up a now-defunct website called savethejacksons.com. He was defending Vanessa and Raymond Jackson, members of his church who were accused of starving four foster children.

Neighbors found the nine- to nineteen-year-old boys looking through their garbage for food. They each weighed less than 50 pounds.

Thomas even testified on the foster parents’ behalf at a state congressional hearing about the case, where he minimized the boys’ weight gains after being found by authorities by suggesting that they were weighed with their shoes on. He said that each boy had an eating disorder to explain why they were so thin that their growth was stunted.

Vanessa was sentenced to seven years in prison, and Raymond died before he could be prosecuted.

Members of his church say that they can’t believe the man they called “Pastor Harry” has been arrested.

“I’ve seen him with children, with my children, and there is no way. I can’t believe it,” Dino Originos said. “He doesn’t seem to fit that profile. He is such a nice man and a Godly man and he has grandkids himself.”

The prosecutor told Christianity Today that Thomas is being treated at a medical facility as he awaits possible grand jury indictment.