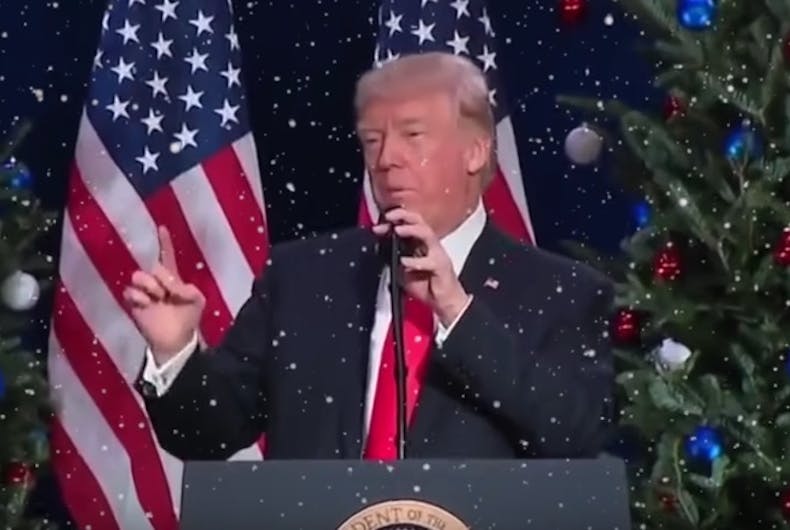 We know, we know…nothing about Donald Trump fills us with the holiday spirit. If anything, he fills us with rage, despair, resentment and fury… the kind of Christmas cheer found only while waiting in line at a Wal-Mart to make a return the day after. In other words, Trump sucks.

Now video blogger Vic Berger has decided to do something about Trump’s Grinchy demeanor. Berger has strung together recent clips of Trump talking about everything from the non-existent “War on Christmas” to the moving of Israel’s capital to Jerusalem.

The result is a bizarre video of slurred words and nonsensical rhetoric—the kind of jabbering that Trump’s base seems to love, while those of us with souls detest. Entitled “Making Christmas Great Again,” the three minute video also features an appearance from First Lady/mail order bride Melania, stumbling through broken English to celebrate the season.

Somehow, Trump manages to make Scrooge look like the Little Drummer Boy. Maybe the ghosts of Christmas will visit him too… in the form of the Justice Department indicting him for treason.

Wouldn’t that be the best Christmas pageant ever?