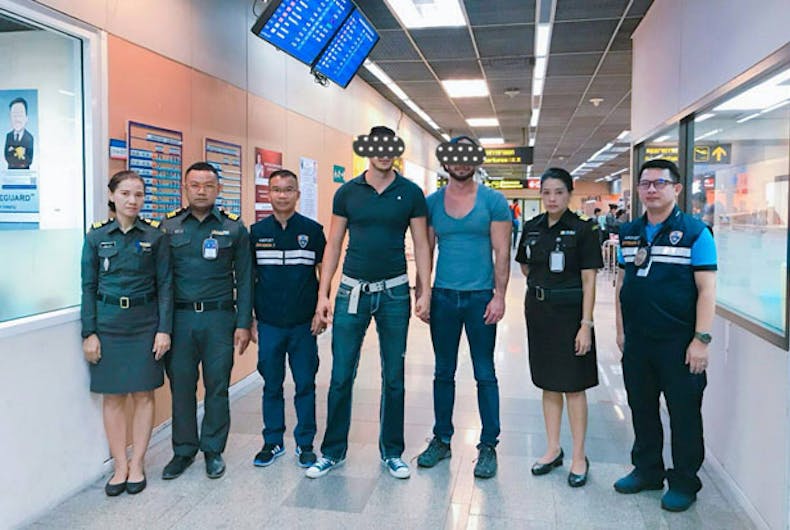 A married American gay couple were arrested after showing their asses at a sacred temple in Thailand.Photo: Thai immigration police

The gay couple that was arrested for posting a photo of their butts in front of a Buddhist temple in Thailand has been released.

The Dasilvas were arrested at the airport as they were leaving Thailand two weeks ago when police found a picture of them in front of the Temple of the Dawn, a Buddhist temple that the Thai government called “respected” in a statement.

They could have received a jail sentence of several years, but they were released after being held for several days. A court threw out the charges of public nudity at a religious site and they were processed for deportation.

“They wanted me to thank everyone for their thoughts prayers and concerns,” Robert Rodriguez, a close friend of the couple, told San Diego Gay & Lesbian News. “They send all their love to their friends that have supported them.”

The offending picture is also back up, just to show that they didn’t learn anything from the experience about respecting other cultures.