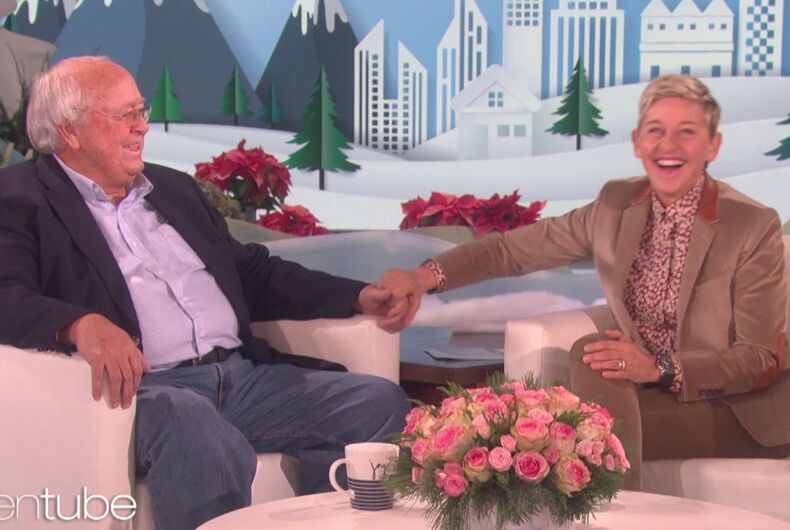 Mathis, 74, went to a rally with a sign that said, “Judge Roy Moore called my daughter Patti Sue Mathis a pervert because she was gay. A 32 year old Roy Moore dated teenage girls ages 14 to 17. So that makes him a pervert of the worst kind.”

Father, who says he's a local peanut farmer in Wicksburg, outside Roy Moore rally talks about losing his gay daughter at age of 23 to suicide. "I was anti-gay myself. I said bad things to my daughter, which I regret." pic.twitter.com/J0oOU0EJI2

Yesterday, he appeared on The Ellen Degeneres Show.

He talked about his daughter who died by suicide in 1995 at the age of 22.

When Mathis found out that she was gay when she was in high school, he said things that he later came to regret. Several months later, his daughter asked for help to turn straight.

He took her to a hospital and then to several doctors and mental health professionals, and they all said the same thing: they can’t turn her straight, and she had to accept who she was.

Ellen told him that she was sorry that she didn’t get to meet his daughter.

He also told a funny story about a sign-maker who refused to make the sign.

The Trump Administration banned the word ‘transgender’ at the CDC